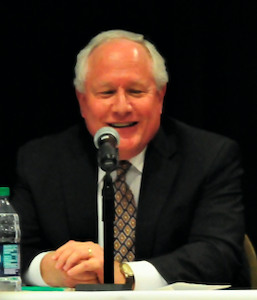 During the course of a midterm post-mortem event in Manchester, Bill Kristol revealed to a group of New Hampshire Republicans the real reason he was in the Granite State the day after the election: He’s laying the groundwork to support a possible 2020 primary challenger to President Trump.

And, Kristol insists, that challenger will not be him.

Kristol is a nationally known pundit and one of the co-founders of the Weekly Standard magazine, a leading journal of conservative thought. “President Trump is less dominant than many people think,” the longtime conservative pundit said. “Polls show it, focus groups show it, and the Republican House seats we lost in suburban districts that we’d held for years show it, too.” 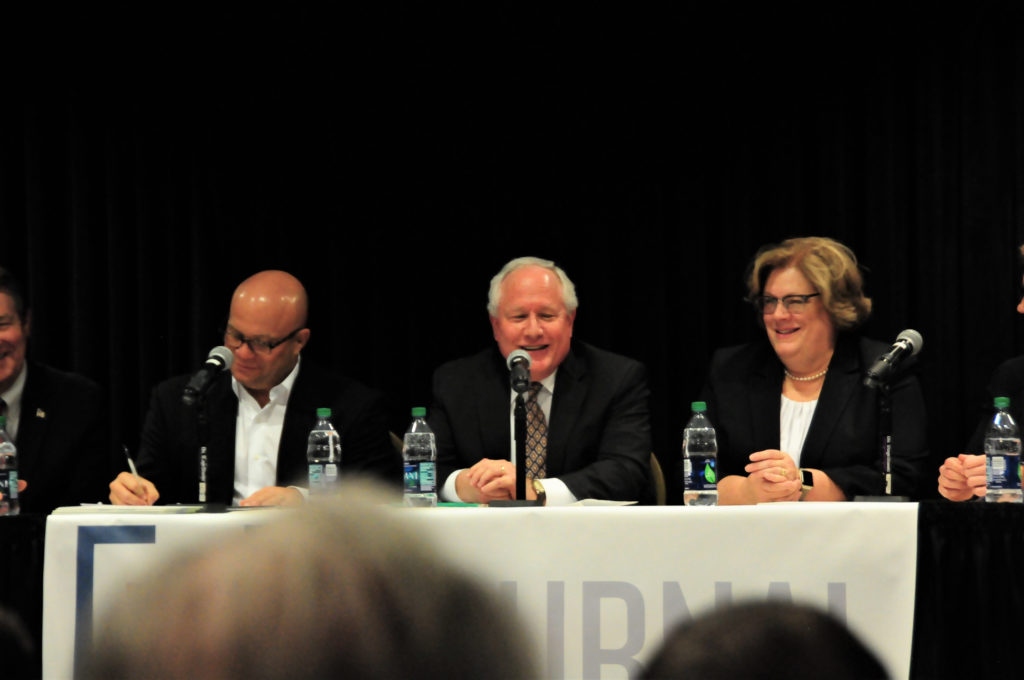 When questioned by a member of the audience, Kristol announced that, despite rumors, he was not considering a run himself, but he believes there are candidates who “could offer Republicans a better choice. And that’s what this is all about,” Kristol said.

“We’ve started laying the groundwork for the possibility of a serious challenge to President Trump in the 2020 GOP primary.”

And it’s not just Kristol and his organization Defending Democracy Together who are exploring the possibility. On Wednesday, New England College political science professor Wayne Lesperance told NHJournal: “I’ve heard from several people who have expressed interest in exploring a primary challenge. The question is—can it be done?”

Kristol believes it can.

McNulty, who is currently Director of Political Affairs for Causeway Solutions, worked with the New Hampshire GOP in 2016 when Democrats Hillary Clinton and Maggie Hassan carried the Granite State, but Republicans still managed to win the governor’s office and control of the legislature.  McNulty traces Tuesday’s widespread GOP losses to “disconnected Republicans”—GOP-leaning voters who have only modest loyalty to the party. He also says this trend pre-dates Trump’s appearance on the political stage.

“These voters are very sensitive to events. You ask them how they feel about being Republican and it can depend on what’s been in the news,” he said.  McNulty told the audience that his firm had been polling these disconnected GOP voters over the past few weeks. “When the Kavanaugh story broke, they rallied around the Republican party and its president. “They said ‘We’re Republicans! We believe in the rule of law and that people are innocent until proven guilty.’ And GOP numbers went up. We could see them climbing,” he said.

“Then, “some guy in a white van covered in Trump bumper stickers started mailing out pipe bombs, and then there was the Pittsburgh synagogue shooting–and their support for the GOP started falling. And we watched it fall.” 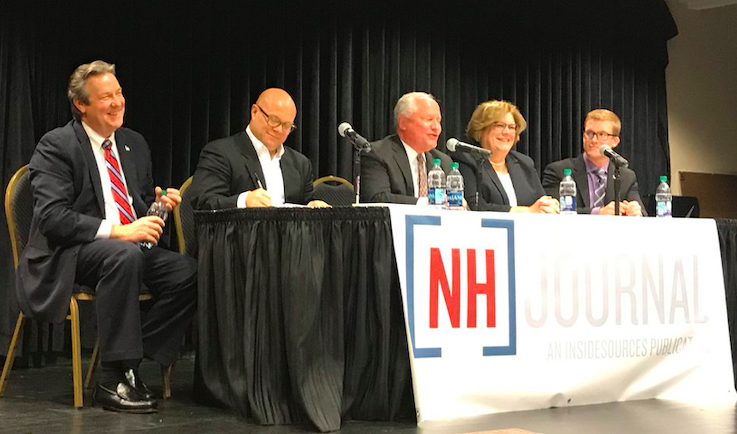 “We did a focus group with some of these voters in Ohio,” Kristol said. “When Trump was challenged, they defended him. They think the media’s been unfair to him and that he’s not getting credit for the good things he’s done. They definitely prefer him to Hillary Clinton or other big-name Democrats. They were so positive about President Trump that we thought maybe their support is really solid. But when we asked ‘So, you’re all on board with Trump in a Republican primary,’ they said ‘Well, actually, I’m not sure about that.’”

“They really are uncomfortable with Trump’s rhetoric. They don’t like all the divisiveness,” Kristol said.

“And they really don’t like his tweets,” McNulty added.

It turns out they were open to the idea of a primary challenge.  And, Kristol noted, a NHJournal poll in August found that 40 percent of New Hampshire Republicans said a primary challenge for President Trump “would be a good thing.”

Kristol and members of the Defending Democracy Together organization spent the rest of the day Wednesday meeting with key Granite State Republicans talking about a potential 2020 primary.

“There are some Republicans who love Trump and there are some who hate him. But many Republicans like some of things he’s done, hate how he’s done it and are absolutely open to the idea that there could be someone out there who could do it better,” Kristol said.