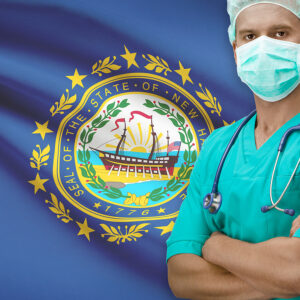 KORBULIC: Getting Ahead of the Public Health Emergency

Life is slowly approaching normal around much of the nation although some states, including New Hampshire, are experiencing slight upticks in COVID-19 cases over recent weeks. The spike of new cases has yet to give the Centers for Disease Control (CDC) pause to rethink its latest mask guidance nor has it given the Biden administration a reason to extend the COVID-19 Public Health Emergency (PHE) for the ninth time. While the expiration of the PHE is a positive sign that we are tracking in the right direction, it could also leave millions of Americans without health care and state and federal health agencies overwhelmed.

The PHE was declared in January of 2020 and provided an umbrella of protection for low-income Americans to ensure they had continuous health care coverage. It did so by requiring states to keep individuals enrolled in Medicaid even if they failed to meet the program’s eligibility requirements. National enrollment soared to an estimated 83 million people as of December 2021 with New Hampshire experiencing a roughly 30 percent increase in enrollment. That translates to 227,000 individuals that are enrolled in Medicaid and the Children’s Health Insurance Program (CHIP).

When the PHE expires, the continuous coverage requirement ends as well, and states will revert to their pre-pandemic regulations regarding eligibility. Here in the Granite State, state officials are warning that 86,000 residents (37 percent of those enrolled in Medicaid) are at risk of losing their coverage for a variety of reasons that range from income changes to missing important correspondence about their status. Others may simply be unaware they even need to take any action. To make an eligibility determination, agency personnel must reach out to every individual and verify certain information, such as income and address.

It is a monumental undertaking that many states will find difficult to handle effectively due to several factors, including outdated IT systems, people moving around these past two years, and as in New Hampshire’s case, staff shortages. The state is addressing the shortage with NHPR reporting that, “New Hampshire Medicaid Director Henry Lipman said the state has received new funding to hire more staff to help with phone services. … ‘We are dealing with workforce shortages ourselves in terms of existing staff,’ Lipman said. ‘But we are trying our best to improve that service.’” Policymakers are taking additional steps to ensure vulnerable residents don’t fall through the cracks, mailing forms to enrollees and encouraging them to complete them now rather than later.

The American Rescue Plan Act (ARPA) also aimed to help financially struggling Americans keep or obtain health insurance during the pandemic. It expanded the subsidies available under the Affordable Care Act (ACA), allowing individuals and families to afford health care plans they were previously priced out of under the ACA. Much like the PHE, the subsidies are set to expire in the coming months and premium payments are expected to increase in cost. Individuals and families may then decide to forgo insurance altogether.

The two impending expirations open the door to a broader discussion about New Hampshire’s health care future and who will be in the driver’s seat. As the state has yet to set up its own public health insurance marketplace—which plays a critical role in how residents shop for and sign up for coverage—then by law, the federal government operates one for it and has been doing so since 2013. However, New Hampshire’s efforts to ensure their residents have health care coverage in the aftermath bolsters the case for it and other states to regulate their own health insurance markets. After all, states are much better positioned than the federal government to respond to and handle the distinct needs of their markets, residents, and communities.

For example, last year, 44,000 Granite Staters enrolled in health insurance via the federal marketplace and this year, 52,000 plans were selected, but New Hampshire’s waiver for certain ACA provisions and subsequent reinsurance program shows that when a state begins to assume more control over its health insurance market, lower premiums and higher enrollments will follow. New Hampshire has an opportunity to build upon that success by establishing its own state-based health insurance marketplace that will bring more state autonomy and flexibility to address residents’ health care needs.

Unwinding from the PHE and ensuring that vulnerable residents don’t lose health insurance coverage in the process should take priority for state policymakers right now, but when the dust has settled, they should consider taking control of New Hampshire’s health care future.

Heather Korbulic is the Senior Policy and Strategy Lead at GetInsured, where she engages local, state, and federal healthcare policy leaders in developing strategies for technology-driven improvements to the provision of healthcare. She wrote this for NHJournal.com.