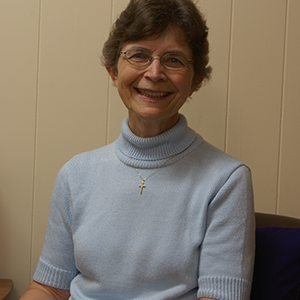 Posted to Education February 15, 2021 by NHJOpinion

I remember when I first heard the title of Al Gore’s climate movie, “An Inconvenient Truth.” I thought,  “catchy title.” But I have wrestled with the adjective, “inconvenient” ever since. Isn’t all truth meant to be inconvenient in the ancient definition, “causing trouble or discomfort; something hard to achieve and yet inspiring motivation to surmount trouble or relieve discomfort?” To say “yes” to this definition helps me understand my journey toward acknowledging white privilege; confessing complicity, repenting, and working to reconcile the inconvenient truth that I have been slow to move beyond inconvenience to full-bodied community action.

Over ten years of researching African Americans who lived along the NH coastline, 1700-1850, I have learned these inconvenient truths:

I am a descendant of Leonard Cotton, tenement owner from Portsmouth, one of the few slave owners who owned an entire family. I have yet to discover what happened to them when freed.

Enslavement of persons as early as the 1600s occurred in New England. Mariners and entrepreneurs launched ships whose names often became the names of their captive cargo. Once purchased, the last name of the captive was his/her owner’s – thus, the first loss after the chains was the loss of their birth names.

A 17th-century slave’s name is often first discovered in the inventory lists of the wealthy dead wedged between the number of oxen and the number of dining room chairs. Enslaved persons were often buried outside cemetery boundaries, without markers, leaving no verifiable place where we might say, “their feet touched the earth here.” Possessions discarded when no longer useful?

NH never passed a law particularly forbidding enslavement of another person, creating the reality that even Blacks who were free were sometimes later kidnapped and enslaved. The Halls of Exeter lost two sons this way.

Many African Americans fought in the Revolutionary War. They came home and received their freedom, but hardly ever were granted land. Growing up on 350 acres of land that sustained livestock and family with what we needed to survive, I cannot imagine being without land.

Without land ownership there was impoverishment that led to requests from African Americans for town welfare – help with wood for winter, corn to stave off hunger. Towns were growing. They needed to lay roads, dig wells, and clear land. Infrastructure was important. So, Instead of offering work, towns redistributed welfare funds to infrastructure and “warned out” the “transient” creating a nomadic existence for scores of Black families.

When freed, NH Blacks became grocers, hotel owners, barbers and Masons; builders, “Black Jacks” (sailors), lumbermen, leaders of some of the first social and benevolent organizations, pastors, and missionaries. These same persons were anything but inconvenient.  It was literally upon their backs that towns were able to create market economies.

Ten years of this work and I cannot unknow these inconvenient truths. To surmount my discomfort, I tell their stories. I teach others how to uncover the stories of the enslaved that were literally written out of town histories. I weep often when I acknowledge that the stories from 1771 are all too familiar in 2021.

In truth, we need new stories in which we weep more and shout less; stories less concerned with profit in things – more about the worth of all souls. We need to hold one another’s stories for all stories are sacred. Inconvenient Truth, if we let it discomfort us, may lead the way toward a larger truth: we all simply want a seat on the boat; to navigate the straits of Scylla and Chayibdis and when the fury ceases, to arrive home as family. I’m at the gangplank.

“Color Me Included: The African Americans of Hampton’s First Church and Its Descendant Parishes, 1670-1826”  is the first book from author, Deborah Knowlton, native of NH, retired pastor, seeker of courage in the struggle for justice and peace. colormeincluded.com