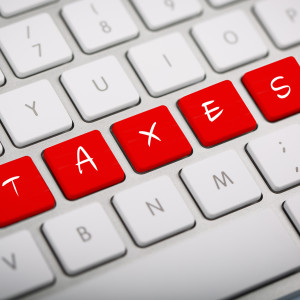 It was yet another contentious candidate’s forum in Dartmouth last night for the two Democrats running in the gubernatorial primary. Charges back and forth over donations from energy interests, support for Northern Pass, stances on abortion, etc.  But there is one area where Molly Kelly and Steve Marchand are in total agreement:

Specifically, they both want to raise gas taxes in the Granite State. At last night’s forum, former Portsmouth mayor Marchand called specifically for a four cents per gallon tax increase, while Kelly followed up by reminded the audience “I have supported a gas tax.”

Marchand’s tax hike would give New Hampshire a higher gas tax than Massachusetts.

And it’s not just taxes the two candidates believe are too low. They want higher rates for electricity customers, too.

Currently it costs significantly less to generate electricity using natural gas than solar, wind or biomass.  Mandating that more of New Hampshire’s electricity come from these sources will raise costs for ratepayers.

Highest electricity rates in the U.S.

In addition, natural gas is significantly less expensive than heating oil.  Limiting access to natural gas by opposing pipeline projects such as Granite Bridge may or may not be the right environmental policy (heating oil generates more CO2 than natural gas, for example). But there is no debate about the impact on costs. Less access to natural gas means more homeowners paying higher heating bills.

Marchand opposes the Granite Bridge project to extend natural gas access from the Seacoast to Manchester, while Kelly has carefully avoided taking a position on it. (The project has been endorsed by all nine Democrats in the state senate.)

The one significant tax policy difference is Marchand’s call to allow local governments to use income as a way to set taxes. “We all acknowledge income is the best way to determine your ability to pay taxes,” Marchand said Monday night. “At the local level, we should allow income to be a significant element in figuring out your tax liability.

Both candidates have refused to take “The Pledge,” the long-standard Granite-State political promise not to support broad-based sales or income taxes in New Hampshire.