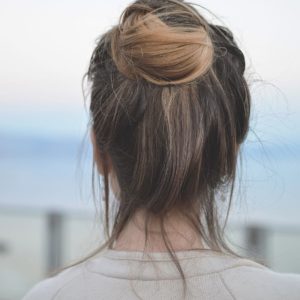 At first the memes were amusing, sort of. Then they started being irritating. Now, calling white women behaving badly “Karen” is meandering toward dangerous.

“Karen” has become a label for racist white women who call the police on innocent black men, point guns at protesters, refuse to wear masks and generally behave outrageously. It has become a misogynistic stereotype of all the things that I am not and all of the negative qualities that I don’t possess (except perhaps occasionally asking for the manager).

I really thought that this name-shaming would have stopped trending by now, but instead it’s becoming part of our culture. San Francisco Supervisor Shamann Walton has proposed the “CAREN Act,” (Caution Against Racially Exploitative Non-Emergencies) making racially biased 911 calls illegal. I realize it begins with a C, but still.

“Karen” is even defined in dictionary.com as “a pejorative slang term for an obnoxious, angry, entitled, and often racist middle-aged white woman who uses her privilege to get her way or police other people’s behaviors.”

There’s a gut-punch daily since late May when a white woman who told police that a black birdwatcher was threatening her in Central Park simply because he told her to leash her dog was called a “Karen.” Now “Karens” are ridiculed on television by Stephen Colbert (most offensive), Bill Maher, Joy Reid, Trevor Noah, even Samantha Bee as well as proliferating over social media.

As one of 1.1 million women in the United States named Karen, seeing my name used as a randomly selected, lazy label for racist, privileged white women behaving badly is soul-crushing.

I am a non-racist “Karen“ who has sent masks to family and friends since February to keep them safe, who has marched in Washington several times these past 3.5 years, beginning with the day after President Trump’s inauguration. And I am sure there are many other like-minded women named Karen out there.

One reason given as to why the name Karen has become a label is that it is considered antiquated. So, I guess that makes it an ageist as well as sexist slur. It was among the top 10 most popular baby names in the United States between 1951 and 1968, according to Social Security data.

I was one of four in my St. Pius X class in Bedford, Ohio. I think that the name was popularized by a helpful, cheerful character in the movie “All About Eve,” which was released Jan. 15, 1951, two weeks and a day before I was born.

We Karens moved through several grades. We were well-behaved, even humble (it was a Catholic grade school, after all) — mostly quiet, friendly and cheerful. None of us was a child of privilege, having grown up in a mostly working-class neighborhood.

I think that it’s time for the trolls to move on and stop this particular form of stereotyping. When I tell people my name, I don’t want them to have a preconceived, negative impression of me that could possibly put me in harm’s way. My adult children think that I should change my name, but that’s not going to happen.

I can think of worse things than Karen to call the woman who, instead of leashing her dog as required by regulations, feigned being threatened by polite black birdwatcher Christian Cooper in Central Park and called the police.

By the way, her name is Amy.