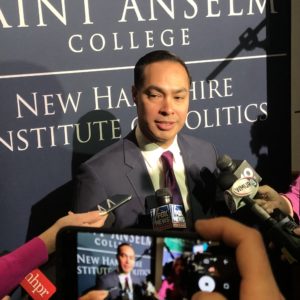 At his Wednesday appearance at the New Hampshire Institute of Politics,  former HUD Secretary and current Democratic 2020 POTUS candidate Julian Castro told NHJournal that “there’s no question” America’s justice system is racist, and he is making reform of the system a central part of his campaign.

In August, Democratic POTUS candidate Sen. Elizabeth Warren told students at Dillard University, a historically black college in New Orleans, “The hard truth about our criminal justice system: It’s racist…I mean front to back.”  When asked if he agreed with Warren’s “racist front to back” comment, Castro told NHJournal: 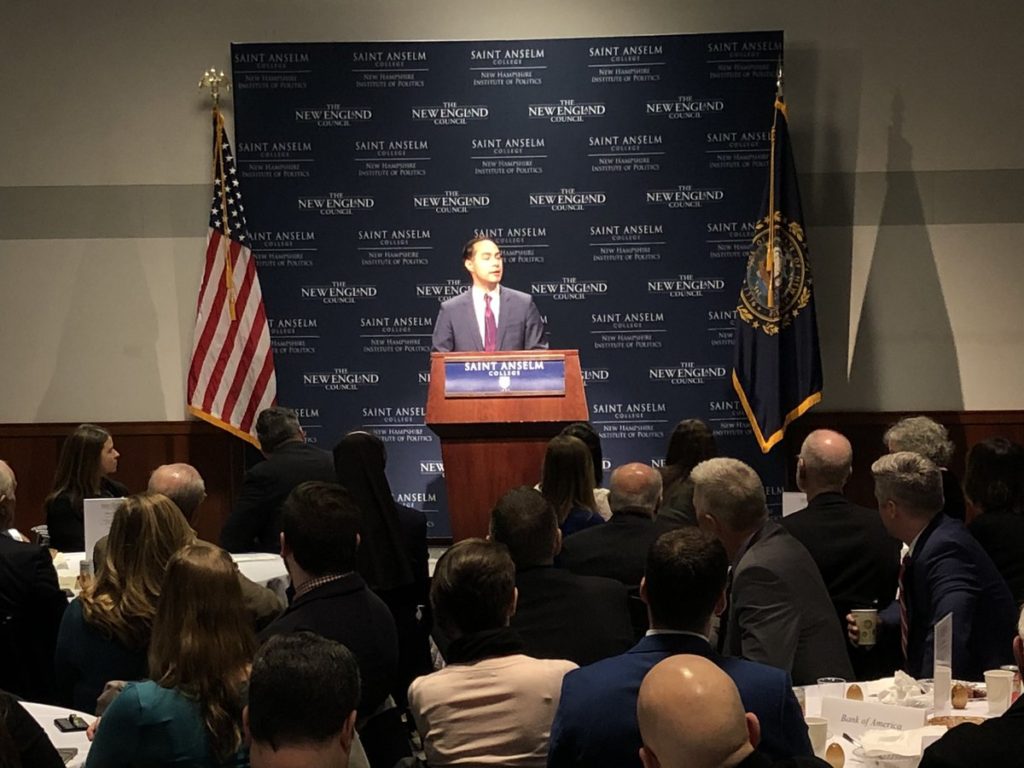 Castro was in New Hampshire for the “Politics and Eggs” event at St. Anselm College, considered a must-stop on the Granite State presidential campaign trail and hosted by the NHIOP and the New England Council.  Reform of the criminal justice system is part of his stump speech as he tries to build early support in a field of potentially 34 Democratic contenders for the 2020 nomination.

In what is the central theme of his campaign, Castro said “Going forward, America must be the smartest, the fairest, the healthiest and the most prosperous nation on earth,” Castro said, before laying out how to achieve those goals.

“If we want to be the fairest nation on earth, we must reform and re-imagine our criminal justice system. For too many people of color in the country, one interaction with the police can become fatal. It doesn’t have to be that way .

“You can’t tell me that if police can apprehend Dylann Roof –the person who shot up that church in Charleston, South Carolina– without hurting him, that Eric Garner and Tamir Rice and Jason Pero  and Sandra Bland shouldn’t still be alive today,” Castro told the crowd.

Warren’s remarks condemning the entire criminal justice system, from the cops on the beat to the judges in the courtroom, inspired significant backlash from the law enforcement community. In her home state of Massachusetts the head of the state’s Chiefs of Police Association, Steven Wojnar, said he was “extremely troubled” by Warren’s claim.

“We feel we do a very good job in Massachusetts of producing professional and community-oriented police officers,” Wojnar wrote. “These men and women, from a variety of backgrounds, provide dedicated service to their respective communities under difficult and highly scrutinized circumstances each day.”

Interestingly, when Warren appeared before an overwhelmingly white audience in Manchester, NH on Saturday, she described the criminal justice system as “broken from front to back.”

For his part, Castro told NHJournal that he sees progress on the criminal justice reform front.

I’ve been encouraged over the last couple of years by several things, like the [recently-passed] reform bill… My hope is that this was the beginning and that we can improve on it. I’ve been encouraged by people on the left and the right who have been open to reforming our criminal justice system to make it more fair, especially to people of color and people who are poor who often do not get equal justice in our country.”