He was 6 feet tall and had an athlete’s build. He played football in high school and was active in sports throughout college. He spent one summer as a lifeguard at a local pool.

But after he graduated college in the spring of 1968 and became eligible for the draft and —possibly — combat duty in Vietnam, he received a diagnosis that let him avoid military service.

No, not bone spurs. Asthma.

And his name was Joe Biden.

Just a few months before President Donald Trump received his now-infamous diagnosis of “bone spurs in the heels,” former high school football star Biden got the same 1-Y draft deferment for “asthma as a teenager.” It was one of five deferments Biden received (the same number as notorious GOP “draft dodger” Dick Cheney) and allowed him to avoid being drafted at the height of the war. The year 1968 was one of the bloodiest of the Vietnam conflict with 296,406 Americans drafted into military service — the second-highest during the war. 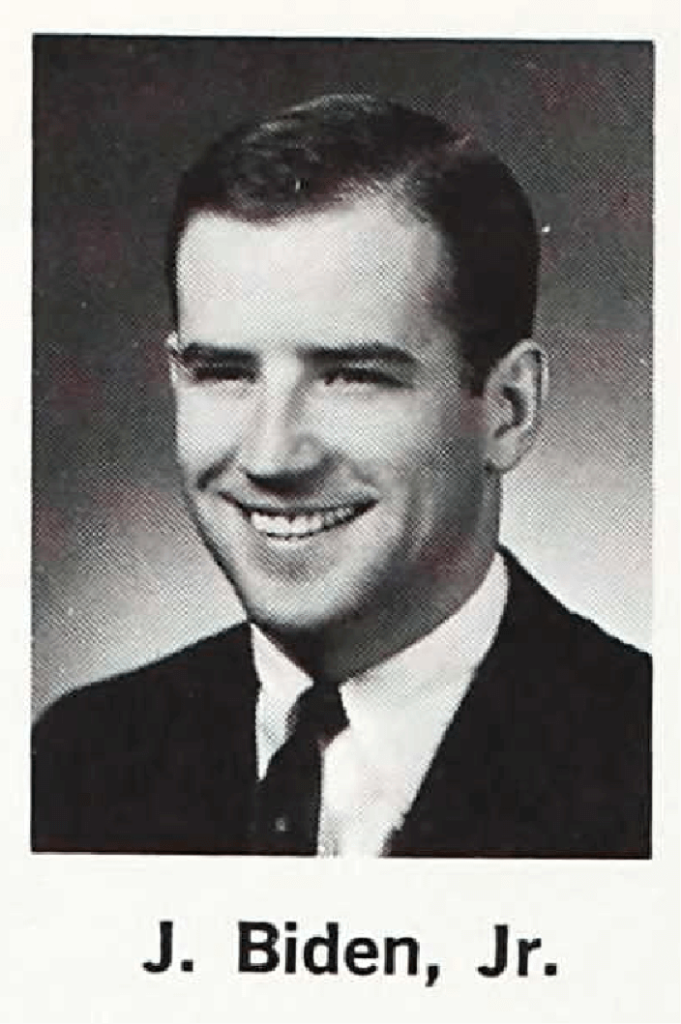 Fifty-one years after the Summer of Love, the draft records of the sitting president, and at least one of the Democrats who want to replace him, are issues in the 2020 campaign.  In recent weeks, two of the military veterans in the race — Mayor Pete Buttigieg and Massachusetts Rep. Seth Moulton — have been highlighting Trump’s draft record and their own military service.

“You have somebody who thinks it’s all right to have somebody go in his place into a deadly war and is willing to pretend to be disabled to do it. That is an assault on the honor of this country,” Buttigieg told ABC’s This Week. He served in the Navy Reserve as an intelligence officer, spending six months in Afghanistan.

Moulton, a former Marine officer who served in Iraq, also accused Trump of dodging the draft. “I’d like to meet that American someday who went to Vietnam in Donald Trump’s place,” Moulton said. “I hope he’s still alive.”

Military veterans running on their record of service is nothing new. And criticism of an opponent’s military background — or lack thereof — isn’t unusual either, as the Bill Clinton and John Kerry campaigns can attest. But by highlighting Trump’s record, they’re also turning a spotlight on other candidates who were eligible for service during the Vietnam War, including Biden.

In fact, some Democratic strategists believe that’s their true goal.

The Moulton campaign, which was the first to highlight the draft issue, denies any intra-party purpose. “Seth is running to take on Donald Trump and has been leading the field in challenging him directly as commander-in-chief,” Moulton campaign spokesperson Matt Corridoni told InsideSources. “There’s nothing more to read into this than Trump is a draft dodger and Seth is a decorated four-tour combat veteran who is calling the president out.”

The Biden and Buttigieg campaigns declined repeated requests for comment. But it’s naïve to think that raising the issue of Trump’s Vietnam-era behavior isn’t going to blow back on Biden.

DID BIDEN DODGE THE DRAFT?

There’s no denying that, by all appearances, the Joe Biden of 1968 was the picture of health.  During his time at Archmere Academy, Biden excelled at sports.  And while he once falsely claimed he played for the University of Delaware football team, he considered playing on the team (he chose to focus on his double-major in history and political science instead, he says) and he was active in intramural sports.

As the Associated Press noted in 2008, “Promises to Keep,” Biden’s best-selling memoir,  “never mentions his asthma, recounting an active childhood, work as a lifeguard and football exploits in high school.”

Video of Joe Biden playing football as a teen

Biden frequently tells the story of his decision to spend a summer home from college working as the only white lifeguard at a pool predominately used by black residents. His goal was to learn more about the community, in part because he already had political ambitions.

One incident from that summer stands out: How Biden had to wrap a six-foot length of metal chain around his arm to face off against a knife-wielding local tough who went by the name “Corn Pop.”

“You might cut me, Corn Pop, but I’m going to wrap this chain around your head before you do,” Biden told him. Strong words, but he was a healthy, high school football player who could back them up. Biden and Corn Pop resolved their differences without violence and, according to Biden, became poolside friends.

Just six years later, at the height of the fighting in Vietnam, that same poolside athlete avoided mandatory military service due to “asthma as a teenager.” 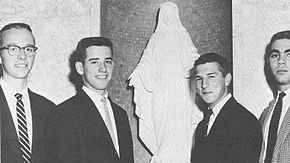 Does this prove that Biden was dishonest or made a false claim? No. But a similar story from Donald Trump was enough for Sen. Tammy Duckworth (D- Wis.), who was wounded while serving in Iraq,  to label President Trump a “coward.”

“@realDonaldTrump got his deferments for the wrong thing. They shouldn’t have been for his disappearing, imaginary bone spurs — they should have been for that yellow streak down his back. At least that would have been a real condition,” Duckworth tweeted on Wednesday.

Based on the lack of media coverage and interviews with Democratic primary voters, it appears that few potential Biden supporters even know about his draft deferments. And even if they did, would it matter?

“The Vietnam War is ancient history in the Democratic Party,” veteran Democratic strategist Bob Shrum told InsideSources.  “The war was unpopular then and it’s unpopular now. The idea that someone didn’t want to go or [like Sen. Bernie Sanders] was a conscientious objector, that’s not going to keep them from winning the nomination.”

And a new Politico/Morning Consult poll of registered Democrats found that more than half didn’t believe it was important for their party’s nominee to be a veteran. Only a third of Democrats said military service by their nominee was important at all.

The question is particularly problematic for Blake Bassett, an Army veteran and co-founder of Veterans for Joe Biden. Bassett told InsideSources his group is unaffiliated with the Biden campaign and that he started it after seeing a photo of Biden giving money to a homeless veteran at a Washington, D.C. movie theater.

“I really thought it showed strength of character, and I knew he was thinking about running for office, so we created the organization in the hopes that we could somehow influence that in a small way,” Bassett said. “And we have since been trying to bolster the support amongst the veteran community for Joe Biden.”

And what about the “strength of character” in 1968? What would Bassett say to someone questioning Biden’s decision not to serve?

“I would say that there are a lot of different ways to serve, right? Going to Vietnam is one of them.  Teaching America’s youth is another. And running for office and implementing policies that are for the greater good, that’s another way to serve.

“Joe Biden is a very strong advocate of the military and veterans, despite having not served,” Bassett said.

“I certainly don’t agree with someone taking a deferment and to avoid service to their country, particularly when they have aims of public service at the time,” she told InsideSources. “They should do their full duty to the country, and if there is a draft, they should make every effort to serve their time just like other Americans had to do.”

Until recently Keane was head of the influential New Hampshire Young Democrats, who’ve been wooed by the young military veterans in the race like Buttigieg, Moulton and Hawaii Rep. Tulsi Gabbard.  At the same time, military issues have thus far taken a back seat to both economic issues like Medicare For All and social issues like abortion.

And Shrum adds one more data point to ponder:

“No Vietnam veteran has ever been elected President of the United States.”