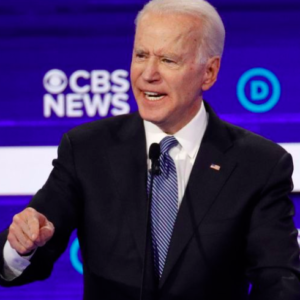 Was it a “train wreck?” Or “total chaos?” Or “a shoutfest?” Liberal Democrats and pundits all used those words — and worse — to describe Tuesday night’s Democratic debate in Charleston, S.C. They are being too kind.

The first 45 minutes or so of the debate were unwatchable — even if you couldn’t see it. Tuesday was a travel day for NHJournal so we had to listen to much of the debate on the radio. It was incoherent. Pete Buttigieg talking over Bernie Sanders resulted in noises even dogs couldn’t hear. There may have been a good debate in there somewhere, but who could here it over Joe Biden’s constant shouts of “I already did that!”

South Carolina Sen. Lindsey Graham had a pretty fair-minded, if unflattering, take: “Drunks in a bar arguing among themselves are less annoying, more courteous and entertaining, and make more sense than the candidates in the South Carolina debate.”

For most of the candidates, it doesn’t matter. Tom Steyer doesn’t have a future in this race. Neither does Sen. Amy Klobuchar, and it’s hard to see one for Sen. Elizabeth Warren, either. (If you disagree, answer this question: Name a state Warren will win. Including Massachusetts.) Nothing they said in this debate was going to move their candidacy forward.

Bloomberg’s performance, which was mediocre, was irrelevant too, but for a different reason: His billions mean he’s not going anywhere, no matter what happened in Tuesday’s debate. Remember: Bloomberg isn’t even on the ballot in South Carolina. The same for Bernie Sanders. South Carolina is a side show he’s never really expected to win. He’ll clean up on Super Tuesday.

And then there is Mayor Pete Buttigieg. He’s an excellent debater. Some smart analysts like Bob Shrum think he may have had the best night of any candidate.

But… so what? He’s in single digits in S.C. — not to mention California, Texas and North Carolina on Super Tuesday. That’s not going to change in a single debate.

Which leaves Joe Biden, the one person for whom Tuesday’s debate mattered. A lousy performance and he could lose South Carolina —and any hope moving forward. A good performance could help boost his odds of winning  and, possibly, getting a fresh start for Super Tuesday. So which one was it?

“Biden hit it out of the park,” S.C. State Sen. Dick Harpootian, a veteran Palmetto State pol, told NHJournal. “Tonight we saw the beginning of the unraveling of Bernie Sanders.”

Harpootlian’s a Biden backer, but he’s also a smart political observer. He noted that Biden’s “Tommy Come Lately” line and attacks on Steyer’s ownership of for-profit prisons could shake loose some of the black Democrats from the junior billionaire in the race and bring them home to Biden. Add in the impact of Rep. Jim Clyburn’s endorsement, and Biden could potentially break out on Saturday.

“If we beat Bernie by 10 points in South Carolina, it re-sets the entire race,” Harpootlian said.

Unfortunately, Biden may not get all the bounce he might have, due to the chaos of the night. The shouting, overtalking, name-calling and general out-of-control tone of the night created its own headlines — headlines that will take away from the good Biden news from the debate.

As one Twitter wag quipped: “You know who didn’t have to deal with this kind of political chaos and infighting? Fidel Castro.”