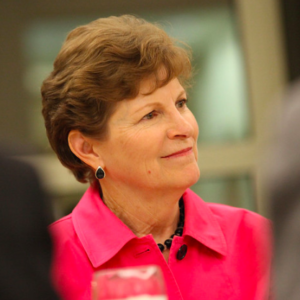 At least, that’s how it’s supposed to work in the world of American politics.  For decades,  Democrats would rail against the “wealthiest one percent” and “tax cuts for the rich,” often before audiences of some of the wealthiest people in America.

After years of successfully raising millions of dollars the same way, Warren has now decided that accepting campaign contributions from wealthy donors and PACs is a form of corruption. “When you see a government that works great for the wealthy and the well-connected and for no one else, that is corruption, pure and simple. And we need to call it out for what it is,” Warren said in the most recent Democratic debate, before calling out Mayor Pete Buttigieg. By name.

“So the mayor just recently had a fundraiser that was held in a wine cave full of crystals and served $900-a-bottle wine,” she complained. “Billionaires in wine caves should not pick the next president of the United States.”

Mayor Pete pushed back with the obvious observation that Warren has spent her entire pre-POTUS political career attending similar fundraisers, often attended by literally the same wealthy donors. Most pundits believe he withstood Warren’s attack without a scratch.

Now the question is: What about the rest of the Democratic Party?

While Warren is on the stump declaring, “I don’t do call time with millionaires and billionaires, I don’t meet behind closed doors with big-dollar donors,” New Hampshire U.S. Senator Jeanne Shaheen is funding her 2020 re-election campaign doing exactly that.  The Granite State Democrat’s race has been declared one of the most competitive in the country, and there’s a possibility she may face former Trump campaign manager Corey Lewandowski. Not only is Lewandowski a master self-promoter (as he proved during his appearance before the House impeachment inquiry), he’s expected to raise millions from the Trump network if he gets in the race.

What’s an incumbent Democrat in a swing state to do? What they’ve always done– head to the wine cave. Figuratively speaking.

After raising a then-record $16.5 million in her 2014 re-election bid (in an odd twist of geographic fate, against former Massachusetts Sen. Scott Brown), Shaheen’s already raised around $7.5 million this cycle, setting another Granite State quarterly fundraising record along the way.

And she’s raised her money the old-fashioned way: She’s asked rich people to give it to her. Shaheen made phone calls to millionaires, took checks from PACs, and attended high-dollar events like a star-studded Hollywood fundraiser featuring Hillary Rodham Clinton.

Ticket price? $32,400 apiece. And yes, there were billionaires present.

Events like this are nothing new, and Shaheen is far from unique. Virtually every politician who raises significant amounts of money — Republican or Democrat — does the same thing.

This is the problem with Bernie Sanders saying “we are living in a nation increasingly becoming an oligarchy, where you have a handful of billionaires who spend hundreds of millions of dollars buying elections and politicians.” Many of the politicians he’s declaring “bought” are his fellow Democrats.

And they’re starting to notice. In the debate, Joe Biden lashed out against Sanders suggestion “that I am in the pocket of billionaires when, in fact, they oppose everything that I have ever done.”

Ironically, according to polling at the time, America’s millionaires backed Hillary Clinton over Donald Trump by a 13-point margin in 2016, and she outraised him among billionaires by 20-to-1.  Are Warren and Sanders suggesting Hillary was the more “corrupt” candidate?

Democratic campaign pros are pulling their hair out over this campaign conversation. “Warren is unbelievably awful on this,” one political veteran told NHJournal. “All she’s going to do is get more Democrats primaried over this issue, which means they’ll need even more money.”

Veteran presidential campaign consultant Bob Shrum tells NHJournal he doesn’t believe Democratic primary voters are paying attention to the campaign fundraising issue. “Warren’s problem is that you don’t attack Buttigieg over his fundraiser in a wine cave when you just had your own high-dollar fundraiser at a winery in Boston.”

Shrum rejects the premise of Warren and Sanders’ criticism. “I’ve been involved with many, many candidates and it’s not my experience that the fundraising ‘corrupts’ them. There are a lot of wealthy Democrats who donate to candidates who, you could argue, are working against their economic interests. Who are going to raise their taxes. These people are giving out of principle.”

Asked about Sanders effectively using the campaign cash issue against Hillary Clinton in 2016, Shrum said, “I think her Wall Street speeches hurt her more than the fundraising.”

Deb Kozikowski, co-founder of the Left of Center PAC and a longtime Democratic activist also pushed back on the Warren/Sanders argument.

“Are you asking me if I honestly believe Pete Buttegieg is corrupt? Is Michael Bloomberg suspect as a result of his billionaire status? The simple answer ‘no,'” she told NHJournal.

“Not every donor is corrupt, and not every politician is corruptible,” Kozikowski said.