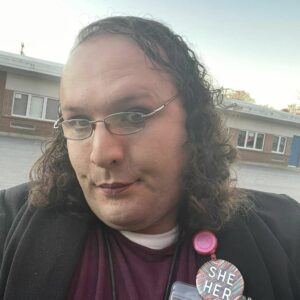 Disgraced New Hampshire Democrat Stacie Laughton (D-Nashua) has resigned from the House of Representatives, adding to the GOP’s narrow margin of control.

The Office of the House Clerk published the notice of Laughton’s resignation on Thursday.

Laughton, who has been in and out of legal trouble since at least 2008, was until recently being held without bail in the Valley Street Jail in Manchester. The lawmaker was put there by 9th District Court Judge Kimberly Chabot, who found clear and convincing evidence that the incumbent state representative is currently a danger to the alleged victim and the community at large.

According to Valley Street Jail officials, Laughton was released on December 19.

Laughton was first arrested by Hudson police on the current stalking charges more than a month ago, according to a report from Patch. Court records show Laughton was already on bail after being charged with sending fake 911 text messages to police. Those charges resulted from an investigation last year.

Laughton responded to an NH Journal request for comment late Thursday saying she had already addressed the matter through a press release issued by the New Hampshire House, a copy of which does not appear on the New Hampshire Democratic Party website.

“I’m moving forward,” Laughton said.  “I’ve taken responsibility for my actions, and I am taking corrective measures to get myself the help that I need. At this time, I’ve also been advised who I should communicate with and who I should not communicate with so I would take this information in which I’m giving you and the information you’ve probably already found out through our press release, and I wish you a great evening and a happy Christmas, and a very joyous and prosperous new year.”

In the press release, Laughton took responsibility for her action that forced her to resign, but said she will seek office again.

“I have so many things I must resolve before I can serve another term in the NH House, and I plan to run again when the time is right. I do not feel it is appropriate for me to serve at this time,” Laughton said. “I must say it has been an honor of a lifetime to be a member of the House and to serve the folks who elected me. To the voters who voted for me, I thank you from the bottom of my heart.”

No New Hampshire Democrats called for Laughton to resign until it was clear the Nashua representative was a no-show on Organization Day, where a closely split legislature meant it was possible Democrats could hold a majority on attendance. (Despite being in jail, Laughton would have been able to travel to the State House to participate in legislative activity under the state’s constitution.)

Just minutes after Organization Day attendance was tabulated (GOP 200, Dems 191) and it was clear Laughton was not in attendance, both House Democratic leader Matt Wilhelm and state party chair Ray Buckley released statements demanding her resignation.

“I call on Rep.-elect Laughton to resign immediately,” Buckley said. “The charges against Laughton are extremely serious and troubling and have no place in our state legislature or in our party.”

Both Wilhelm and Buckley declined to respond to requests for comment about Laughton’s resignation.

In addition to Laughton’s empty seat, the House is awaiting the results of a February 21, 2023,  special election in Rochester. November’s general election between Republican David Walker and incumbent Democrat Rep. Chuck Grassie ended in a tie.

Nashua Democrats have elected Laughton to the state house three times. She’s only been sworn in once.

UPDATE: This story was edited to reflect the fact Rep. Laughton was released from jail on December 19.