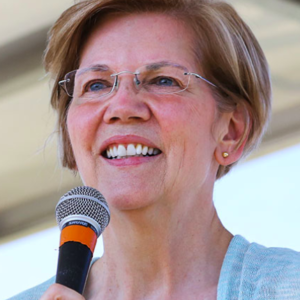 It’s Time To Drop The “F” Word on Elizabeth Warren

It took more than a year after New York magazine first made the declaration on their cover, but it’s finally happened: Sen. Elizabeth Warren is the Democratic frontrunner for the 2020 nomination.

On Tuesday, something happened for the first time since former Vice President Joe Biden entered the race. He lost the top slot in the RealClearPolitics average of polling, and he lost it to Liz Warren. 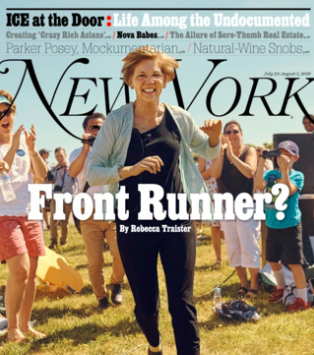 The latest Quinnipiac poll puts Warren in first place– yet again– and by a slightly larger margin than their September poll. That was enough for her to narrowly take the top slot in the RCP average of polls.

“And with that Quinnipiac poll, Biden falls out of the lead on the RCP average for the first time all year. Now a co-‘front-runner’ with Warren,” the Washington Post’s Dave Weigel tweeted. As of Tuesday, Warren leads in four of the five most recent polls tracked by RCP.

“Warren maintains her strength in the Democratic primary, which has been consistently growing since the start of her campaign. This poll confirms her status as a co-frontrunner with Biden,” said Quinnipiac University Polling Analyst Tim Malloy.

But what’s all this “co” talk? Take a look at this RCP graphic of their polling averages:

Since the beginning of August, Joe Biden’s backing has steadily dropped by 20 percent, from 33 to 26 percent, while Warren’s has surged by nearly 50 percent. The trend is clear and undeniable. And, based on current events, there’s no reason why it’s expected to change.

“Yes, it’s official: Elizabeth Warren is the front runner. She has been on the rise for months, consistently delivering big ideas, big crowds, big grassroots dollars — and now, the biggest poll numbers,” says Lynda Tran of the Democratic consulting firm 270 Strategies. “I’d look for her to continue to rise as more voters tune in the primary and like what they see.”

Other Democratic consultants and activists who spoke to InsideSources about Warren’s rise were reluctant to go on the record due to their relationships with other campaigns. But they largely agreed Warren is in the driver’s seat in the Democratic primary. And her fundamental strengths will make it difficult for Biden to re-take the lead, because the same issues that are working against Biden (ideology, age, ethics questions, electability) are working in Warren’s favor.

Starting with the obvious, if largely unspoken: “Democrats don’t want to nominate an old white guy,” one career Democratic consultant told InsideSources. “Nobody talks about it, but it’s a big deal. Nothing against Joe Biden, but it’s not where the party is right now.”

Or maybe there is something against Joe Biden. A new Wall Street Journal/NBC News poll shows that Americans overall are split in their view of the former frontrunner — 33 percent positive, 34 percent negative. As Weigel points out, in January 2017 Biden’s approval rating was 56/22 percent.

And then there are the broader political trends. The Democratic Party is becoming more ideologically progressive, even as Biden runs a more centrist campaign. Sen. Bernie Sanders’ recent heart attack has brought the age issue to the forefront and, while Warren’s hardly a spring chicken at 70, she hasn’t been dogged by questions about age and mental acuity the way Biden has.

Plus Joe Biden has to handle the “Hunter Biden” issue. While no credible charges have been made regarding Biden helping his son directly in China or Ukraine, it seems apparent that Hunter Biden traded on his father’s influence as a prominent senator and, later, vice president.  As of yet, Biden hasn’t even attempted an explanation as to why he apparently took no action as his son was engaged in problematic business practices that at the very least created an appearance of influence peddling.

It also contrasts poorly with Warren’s campaign theme that money in politics is inherently corrupting. As Warren continues to outraise Biden while rejecting donations from lobbyists and PACS, many of Biden’s donors have already maxed out. As a result, Biden’s financial woes are likely to continue.

Still, some Democrats and pundits insist it’s too early to declare Warren the frontrunner.

Lesperance notes that Biden is staying close in Iowa and New Hampshire and continues to have a big lead in South Carolina. “I don’t think you can conclude Warren is the front runner. But, the big news in my view is that we can no longer say Biden is the clear front runner, either. And it’s undeniable that, right now, Warren has ‘the big MO.'”

Democratic consultant Joel Payne, who worked in the Clinton 2016 campaign, agrees Warren is gaining and he gives her all the credit. “Her success has more to do with the discipline and execution of the Warren campaign than any deficiency with Joe Biden,” Payne told InsideSources. “Warren has grown her share of the primary electorate by demonstrating that she is a progressive who can stitch together a winning coalition.”

And perhaps most impressive, she’s already earned the respect of her potential future foes. Ed Mills, a Washington policy analyst for Raymond James Financial told the Wall Street Journal, “I had many more conversations about Elizabeth Warren in the last week than I did about impeachment.”

Nobody is saying that about Joe Biden.