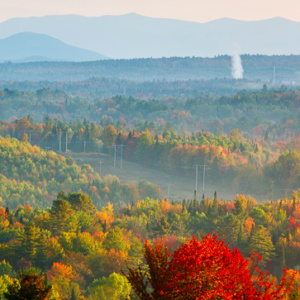 After nearly a decade of debate, discussion and dissent, Northern Pass is finally coming to a head next week at our state Supreme Court.   There the Court will consider Eversource’s appeal of a decision by the New Hampshire Site Evaluation Committee to deny Northern Pass’s request for a site certificate to construct the proposed 192-mile transmission line project.

The SEC’s decision in February 2018 came after the committee held months of hearings and heard arguments made by talented attorneys on both sides of this issue.  During that time the SEC considered the testimony of dozens of witnesses, while reviewing hundreds of exhibits and thousands of public comments.   Their nearly 300-page ruling once issued was thorough, substantial and well-reasoned.   Supporters of Northern Pass clearly disagree with the SEC’s final decision, but it is difficult for any reasonable person to find fault with the exhaustive process the SEC went through to arrive at its conclusion.

Now, about that disagreement with the final decision.   We have a judicial system to consider appeals of this nature, which is part of the inherent strength of our democracy, so no one should fault Eversource for bringing their case before the court.   However, their problem is with the unsupportable case they presented to the SEC.   The basis of their argument to the finders of fact was that when built, Northern Pass – 192 miles of clear cuts and towers through the heart of our state running through over 30 different municipalities– would have little to no impact on property values, our scenic landscape, or our tourism economy.

On property values, Northern Pass property witnesses argued – unpersuasively – that building a nearly 200-mile transmission line through countless towns and private lands would negatively impact only a handful of properties.   Similarly, their tourism witnesses argued that tourism – one of our state’s most important industries, particularly in the North Country – wouldn’t be impacted.   In response to these theoretical arguments, countless municipalities and small business owners who know New Hampshire and their clientele through actually living and working in the impacted areas, made passionate cases backed by data and experience that both the construction of the line and its permanent existence there afterward would cause significant and lasting harm to their ability to make a living and coordinate development in an orderly fashion.

I learned long ago that you can’t ignore bad facts, you need to try and distinguish them.   Northern Pass rejected that approach, presenting the rosiest scenario imaginable without ever truly taking into consideration the hundreds of differing viewpoints from leaders whose opinions mattered most – those living and working in the areas that would be impacted by Northern Pass.

When virtually every municipality along the proposed line said a loud and long ‘No,’ even knowing that doing so might cost them needed tax revenue; When small businesses of every stripe from throughout the region said Northern Pass would irreparably harm us; When activists, community and political leaders of both parties came together and said this isn’t right for New Hampshire.   When all of these things happened, Northern Pass should have listened, and they should have proposed a better way.   Instead, their stubbornness caused them to present an unreasonable, unsustainable case that resulted in a reasonable, and what should be sustainable, denial decision by the SEC.

For those of you reading this saying to yourselves, “but we need the power!”, this is a good time to remind you that as proposed, Northern Pass would carry power through New Hampshire to Massachusetts, using our state as an extension cord.  It is designed to feed the needs of southern New England, not New Hampshire, which makes sense because New Hampshire is a net exporter of power.   So, given the clear facts in this case, the serious nature of negative impacts and the lack of need for the power, can we truly justify the risks Northern Pass presents to our vibrant tourism industry and small businesses, our environment, scenic landscape and wild places, and our municipalities?

For me, the answer is clearly ‘No.’  As a business owner in the North Country, I know first-hand the challenges we face up here making ends meet and ensuring our small communities thrive for the benefit of our friends and neighbors.  I was proud to deliver a petition to the SEC on behalf of nearly 90 other businesses, challenging Northern Pass and demanding that the lines be buried entirely.   Eversource ignored us, but thousands of other Granite Staters joined us in standing up for our beautiful New Hampshire scenery, which we cannot and will not give up on.   Once and for all, it’s clearly time to say ‘Pass’ on the fatally flawed Northern Pass project.