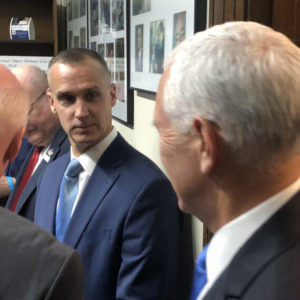 ‘It Would Be Unlike Any Race She’s Seen Before:’ Lewandowski Talks Taking on ‘Vulnerable’ Shaheen

He was in Secretary of State Bill Gardner’s office Thursday to help get his old boss Donald Trump on the 2020 GOP primary ticket, but NHGOP bad boy Corey Lewandowski was more than happy to throw down on Sen. Jeanne Shaheen and talk up his potential U.S. Senate candidacy.

“I’m the best chance Republicans have to beat Jeanne Shaheen,” Lewandowski told reporters. “It would be unlike any race she’s seen before.”

Lewandowski has been talking about entering the GOP primary for the U.S. Senate for weeks and repeated his pledge to announce “by the end of the year,” saying he owes it to the three Republicans already in.

“In fairness to the other candidates in the race, I don’t want them to blame me if I don’t get in and then they don’t have the financial resources to be competitive in this race,” Lewandowski said. “So I’ll make my decision by the end of the year, one way or the other.” 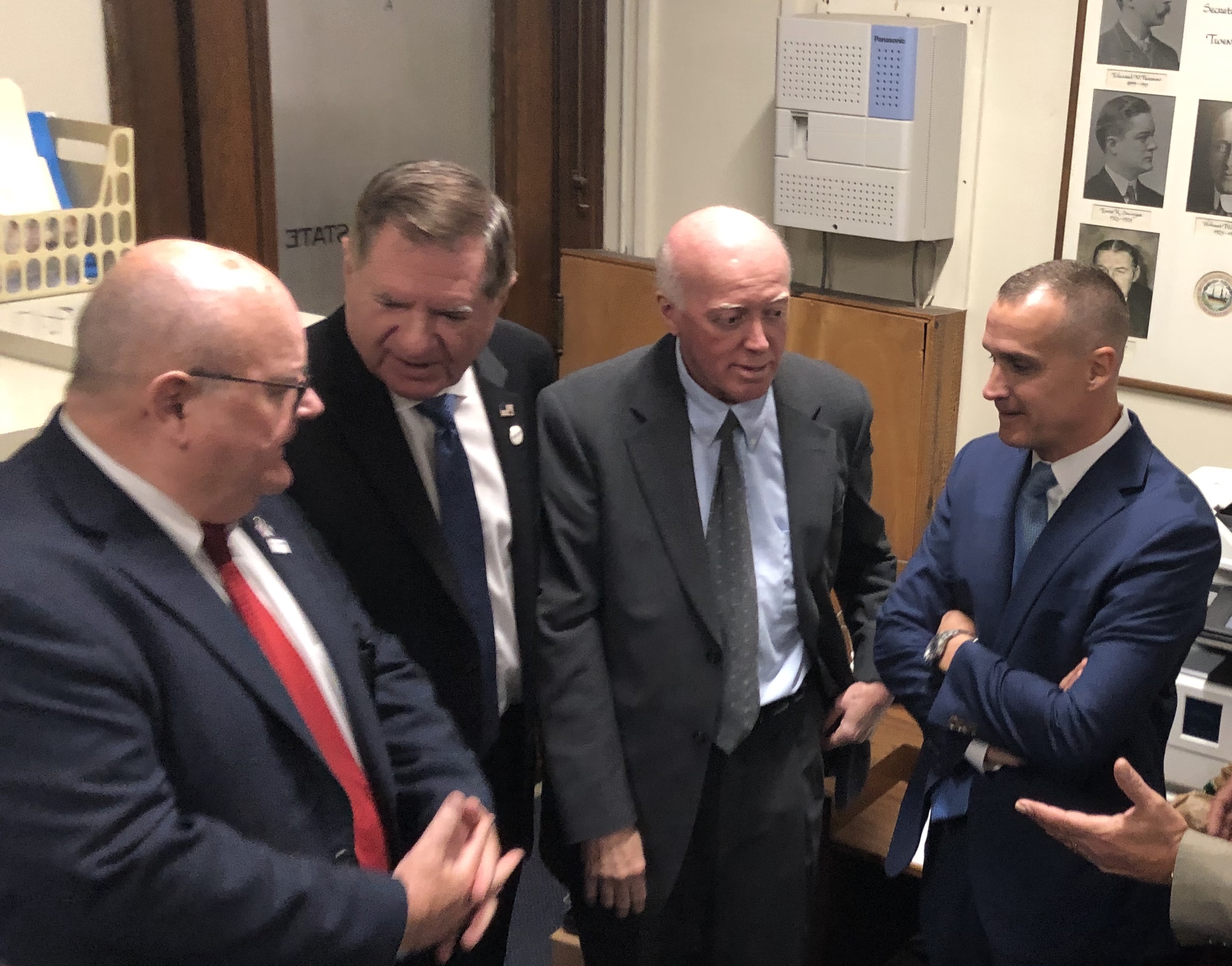 Retired Gen. Don Bolduc, attorney Corky Messner and former NH House Speaker Bill O’Brien are already running for the GOP nomination to take on Shaheen. Sources close to their campaigns tell NHJournal that they believe Lewandowski’s commitments to President Trump, as well as the fiscal impact on Lewandowski, are likely to keep him out of the race.

Lewandowski acknowledged being pulled in different directions by the politics of the moment, but he said he sees a path forward for entering the race.

“I love a fight,” he said. “And I believe that, with Trump/Pence at the top of the ticket, and Corey Lewandowski on the ticket helps the governor’s race, the executive councilor races, the legislative races — it helps the entire ticket.

“But the two aren’t mutually exclusive. If my opportunity is to continue to advocate for the president and still run for Senate, I’ll look at that,” Lewandowski said. “But I’ve said many times, my priority is to make sure the chief executive of our country is Donald Trump, and not a socialist.”

When reminded that Shaheen is ranked one of the top 10 most popular U.S. senators in the country, Lewandowski replied, “She’s also one of the top 10 most vulnerable senators, if you look at Roll Call this week. If you would have said a three-term governor, two-term incumbent senator was one of the most vulnerable races in the country, I’d say you were crazy. And you look at my poll numbers the past three months, I haven’t even announced and I’m down less than 10 points.”

“That should give her real pause. She hasn’t delivered for the state of New Hampshire.”

Lewandowski also made that case that Vice President Mike Pence’s presence in the Granite State is a sign of how important New Hampshire is to Trump 2020.

“New Hampshire was the first victory for the Trump/Pence team in the primaries,” Lewandowski said. “That’s why the vice president is here to personally deliver the paperwork. They could have had a surrogate do it, but the president thought it was so important for Vice President Pence to be here.

“New Hampshire is ground zero for [the Trump campaign] in 2020,” Lewandowski said.