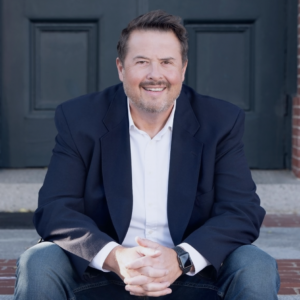 Right-wing Republicans insist there is a secret anti-Sununu vote among the party’s base ready to topple “Sun-King Sununu.”

With the midterm momentum appearing to shift toward the Democrats and pr0-Trump Republicans on the rise in his own party, is three-term Gov. Chris Sununu in any trouble?

“One hundred percent ‘yes,'” said Thad Riley. He’s one of the Republicans challenging Sununu in the September 13 GOP primary. “It’s the conservatives. They’re ready for a change. I just attended my 68th Republican event. Organizers tell me that when I’m on the program, they get their biggest crowds.

“I feel this unwavering support from the people at these events. They all want to know, ‘How can I help you win?'”

And Riley’s already had a “win.” He got 71 percent of the vote in a straw poll at a Coos County GOP event last week.

Riley, a native of Ohio, has been in New Hampshire for more than seven years, living in Brentwood with his wife and six children. Once a manager for Verizon, Riley runs a fitness company and has previously served on the Brentwood school board. He is one of five Republicans on the ballot in the gubernatorial primary, along with Julian Acciard — who began the year running in the First District Congressional race — and Karen Testerman, who ran against Sununu in 2020 and was unable to break the double-digit mark.

All of them say the base is unhappy with Sununu, particularly his handling of COVID-19 and what some Republicans say was his willingness to accept vaccine and mask mandates.

And, adds Riley, there is another overlooked source of potential political power: Unhappy parents.

“Voters are always talking to me about their schools. There’s a real lack of trust, a mass exodus from our schools. A friend of mine, who’s really upset about Critical Race Theory, introduced me to his son and said he’s taking him out of the public schools and going to Portsmouth Christian Academy. And I told my wife, ‘There’s a devout atheist who’s decided to send his kid to PCA. That’s how bad it is out there.'”

Anti-Sununu sentiment is easy to find on social media and right-wing blogs like Granite Grok. But it is hard to find in the polls. Sununu consistently ranks as one of the most popular governors in the country, and his job approval among Republicans in the latest St. Anslem poll was 80 percent.

But Greg Moore, state director of Americans for Prosperity, says he is not surprised there are some unhappy people among the hardcore GOP.

“If you’ve followed Sununu’s political career since 2010 as I have, his message has always been to the center. As a consequence, he was willing to nearly lose a Republican gubernatorial primary [in 2016] to Frank Edelblut to stay in the center. It’s a great general-election strategy, as his success has proven,” Moore said.

Asked if having five primary challengers is a sign of a potential problem, Moore noted that — unlike New Hampshire Democrats who maintain a harsher party discipline — Granite State Republicans have no problem with primary challenges.

And, Moore said, with five anti-Sununu challengers, it’s hard for one candidate to coalesce the field enough to get momentum and possibly make it a race.

But Youngkin was running against a pro-teacher-union Democrat who attacked parents and rejected the premise of parental involvement. Sununu signed Education Freedom Accounts into law, along with legislation that essentially bans race-based CRT content from New Hampshire schools. It’s a tough argument to make.

“If there’s a secret anti-Sununu vote among Republicans, it’s the best-kept secret in New Hampshire politics,” said former state GOP chair state Rep. Wayne MacDonald (R-Derry). “I predict it will remain a secret all the way through Election Day.”