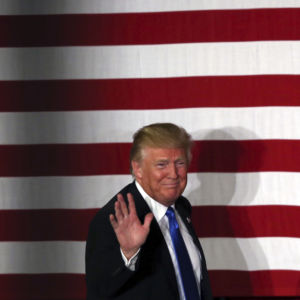 Inside Track 2020: Trump Gains on Warren, Sanders in New Poll

If the 2020 presidential election were held today, Donald Trump would lose to all the big-name Democrats–but not by much. In fact, Trump’s polls put him right where Clinton and Obama were at this point. Both went on to win second terms.

A new Zogby poll finds that Trump trails Sen. Elizabeth Warren, Sen. Bernie Sanders and former VP Joe Biden, but the margin has tightened. According to the poll analysis:

In key match-ups between President Trump and Joe Biden, Bernie Sanders and Elizabeth Warren, each democratic candidate has lost up to at least five percent since our last poll in January. In contrast, Trump has not fully capitalized on the decreased support for democrats, and has stayed at or near the same percentage as in our January poll. But he has chipped away the lead of democrats with some key groups.

This echoes findings in a recent Gallup poll, which found that President Trump’s “re-elect” number (37 percent) is nearly identical to Presidents Clinton (38 percent) and Obama (37 percent) at this same point in their presidencies. 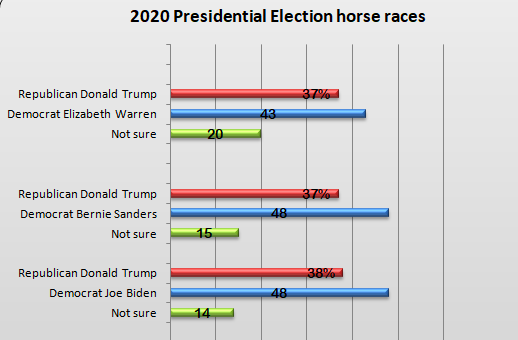 And according to Paul Bedard at the Washington Examiner, the White House has internal numbers that look even better.

“Our poll numbers are better today than they were on Election Day,” Trump aide Stephen Miller told Bedard.

“In today’s country with the nonstop negativity in the media and everything else the political success that we’re having in what you’re seeing in the numbers, the generic ballot and everything else, is all enormously positive,” Miller said.

Which may explain why British oddsmakers continue to give Trump the inside track on 2020: