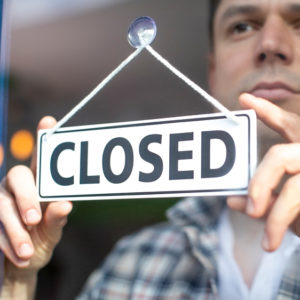 LUCAS: In Favor of Fairness – A Level Playing Field for Small Business

We all support ‘fairness’ and are in favor of a level playing field.  But, as we look out across America – during this pandemic, we see so very many instances of ‘unfairness.’  In other words, instances where government-mandated shutdowns are not being applied in an even-handed manner.  This has had a devastating impact on small business – the true lifeblood of our economy – and the devastation continues. Let’s stand up together for ‘fairness!’

Government has picked which businesses have to shut down and which do not. Not surprisingly, big business has done remarkably well during COVID-19. Wal-Mart, Target and other large chains have generally remained open.  But, not so for so many family-owned small businesses.  Many of which sell the identical types of products and goods found at Wal-Mart and Target.  So, where is the fairness in this?

Unfortunately, our small businesses have been ravaged and many of the rules that have forced them to close seem arbitrary at best. This is not to say we do not want people and businesses to be safe, but any decision for government intervention must be based on logic and science. And, of course, must be applied fairly.  For instance, no one has explained why it is OK to go to Wal-Mart but not eat at a restaurant.  Especially as in California – where even outdoor dining has been banned – with the explicit admission by government officials that there is zero science to support the decision.  These shutdowns have sent our economy into a death spiral with massive unemployment and businesses on the brink.  And, beyond the economic impact, the immeasurable harm to individuals, families and our social fabric.

I wonder – would we see a much different approach to the shutdowns if the people who were making the decisions were in danger of losing their paychecks too? If their income was tied to those who they were shutting down, would we see some decidedly different outcomes?

Just as troubling are Congress’ and the Senate’s failure to act. Politicians are busy playing games, forcing shutdowns, and then doing nothing to help. It is time for a fundamental change in how D.C. operates.  Wouldn’t it be interesting to see how different things might be if the politicians’ salaries and those of their staffs were tied to the economy and the well-being of their constituents?  I have a strong suspicion that the definition of ‘essential’ would be radically different if the people imposing the rules were subject to the same outcomes as those that are being affected.

If there is any good news here, ironically, it is that the pandemic is doing a wonderful job of exposing the unfairness in our system and is providing us with a marvelous opportunity to make positive change.  Let’s seize the moment!