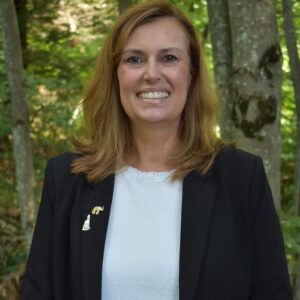 In what is likely to be the last special election of the biennium, NHGOP candidate Jodi Nelson scored an expected — but still much-needed — victory in the race to replace state Rep. Anne Copp in Derry.

Nelson bested Democrat Mary Eisner by nearly 20 points, a predictable outcome in deeply Republican Derry. But with earlier “safe” seats falling to Democrats, like in Republican Bedford, Tuesday’s win inspired a sigh of relief for the NHGOP heading into the second year of a session with the tightest majority margin on record.

Every vote will count.

“I am beyond excited to get to work with my colleagues in the House to ensure our state continues moving in the right direction,” Nelson said in a post-victory statement thanking her family, supporters, and volunteers. “We have run a campaign promoting lower taxes, better educations for our children, safer communities… and a strong economy.”

“The Democrats lost big Tuesday because they arrogantly believe that they can lie about the Republican’s record,” House Majority Leader Jason Osborne (R-Auburn) said in a statement.

“Democrats simply are not talking about the issues voters care about in a way that agrees with the electorate. Their losses are only just beginning. At this pace, we will have a new super majority in Concord after 2022,” Osborne added. “I do hope the Democrats continue to pile up and waste their vast sums of out-of-state donations because one thing is clear: New Hampshire cannot and will not be bought.”

NHGOP Chair Steve Stepanek also sees GOP momentum heading into 2022. “Tuesday’s victory shows what we’ve known all along: Our New Hampshire Republican agenda of cutting taxes, expanding educational opportunities, and cementing New Hampshire as the freest state in the nation is extremely popular among Granite State voters. In 11 months we will re-elect Gov. Chris Sununu and our Executive Councilors, expand our majorities in the state House and Senate while firing Chris Pappas, Ann Kuster, and Maggie Hassan.”

Nelson will have to hit the ground running when she’s sworn in later in December. The NHGOP’s proposed redistricting maps face an uncertain future with a now nine-vote majority in the House. And some of their 2021 gains will be under attack from the Democrats, who hope to seize on the narrow margins and reclaim some territory in the important midterm election year.

With President Joe Biden’s approval rating sinking and a popular incumbent governor running for re-election, GOP leaders are ever more hopeful that 2022 will be a “wave” election that rivals 2010. That year saw the N.H. House swing from a 216-174 Democratic majority to Republicans with a 298-102 margin, a pick up of 124 seats.

That’s what Ross Berry (R-Manchester), vice-chair of the Committee to Elect House Republicans is hoping for. “This blowout win is just another sign of New Hampshire Republicans’ incredible momentum that we expect to continue through next year’s municipal elections and into the midterm elections,” Berry said.

“After witnessing the Democrat’s failed leadership in every corner of the State House and this country, New Hampshire voters have zero interest in buying what the Democrats are selling.”