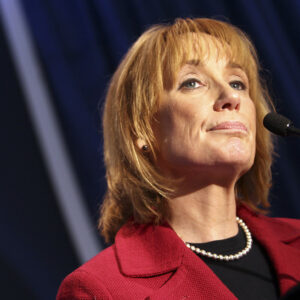 When New Hampshire Commissioner of Education Frank Edulblut asks the Fiscal Committee on Friday to reverse their opposition to a $46 million federal education grant, he’s bringing a letter of endorsement from a surprising source:

Supporters of public charter schools and New Hampshire parents who want their children to have access to them were stunned when the Democratic majority on the Fiscal Committee rejected the federal education grant –the first time such federal ed funding has ever been turned down by the state. Democrats argued that using federal money to expand public charter schools will take away funding for traditional public schools in the future.

However, in 2016, then-Governor Maggie Hassan sent a letter to the Department of Education urging support for a charter school grant very similar to the one her fellow Democrats now reject.

“I support the New Hampshire Department of Education’s application… and I ask that you look favorably on this proposal. Thank you for your consideration,” Hassan concluded.

Would-be Democratic governor Dan Feltes opposes the $46 million the state has been granted — but Democrats are refusing to take — because of future financial burdens. “It puts New Hampshire taxpayers on the hook for tens of millions. Just not fiscally responsible,” he told NHJournal.

New Hampshire’s charter school grant was the largest in the country, with Alabama next in line at $25 million.

In a statement on Thursday, Edelbut added: “Charter schools have become a highly partisan issue nationally as candidates stake out positons well outside of the norm and contradictory to our form of constitutional government. My hope is that these attitudes have not seeped down to our local elected officials.

“It was only a few short years ago that a Democratic Governor sought federal funds to expand public charter schools in New Hampshire. This Legislature can restore bipartisan support for at-risk kids.”