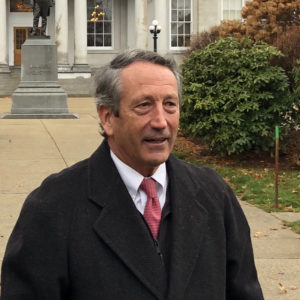 On Tuesday, former South Carolina Gov. Mark Sanford ended his improbable campaign to win the GOP presidential nomination before even formally entering the race. And he blamed it on Speaker Nancy Pelosi and House Democrats. Indirectly.

“Impeachment has sucked the oxygen out of the room,” Sanford told NHJournal just after making his announcement to reporters gathered outside the New Hampshire statehouse. “How can you get your message out when 80 percent of the media coverage is about impeachment and the other 20 percent is the Democrats? It’s the right call.”

During his news conference, Sanford acknowledged that “my campaign by all accounts was a longshot. I was prepared for that. What I did not anticipate was an impeachment. There have only been two of them in the history of our country.

“Nancy Pelosi, a very skillful political practitioner, had laid out her cards saying ‘I’m not gonna do impeachment.’ She was there in the ’90s when I was there for the last impeachment. But Ukraine came, and here we are,” Sanford said.

Just two weeks ago, Sanford announced he was moving to New Hampshire and planned to wage a retail campaign — focused relentlessly on debts, deficits and spending — in a state known for fiscal conservatism and economic frugality. And the South Carolina conservative went out of his way to praise the New Hampshire GOP for their treatment of his campaign — very different from the “atrocious” behavior of the South Carolina Republican Parth that canceled the GOP presidential primary.

“The weather may be cold, but the people have been amazingly warm,” Sanford said of New Hampshire voters.

However, Granite State Republicans also feel very warmly toward President Trump, giving him an approval rating between 80 and 90 percent. None of the other Republicans primary, former Massachusetts Gov. Bill Weld and former Illinois Rep. Joe Walsh, are polling above single digits.

So, is Sanford’s story a sign that there is no way forward for a GOP primary challenge to President Trump?  The remaining Republicans in the field don’t think so. Weld is expected to file his paperwork to enter the GOP primary on Wednesday and Walsh on Thursday. 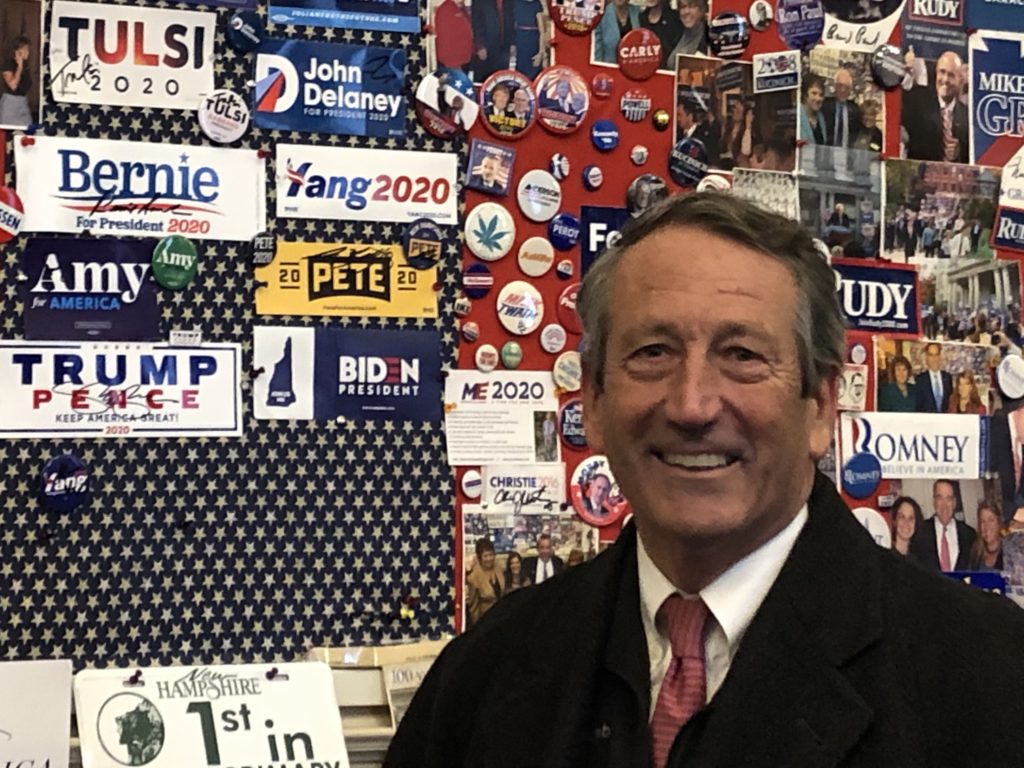 “Mark Sanford’s voice in the primaries will be missed,” Weld said in a statement. “A true fiscal conservative, he has advocated the common-sense policies too seldom heard from Donald Trump or anyone else in Washington. It is shameful that the Trump-controlled South Carolina state party canceled a primary in which Mark could have been a real factor.”

Walsh used Sanford’s departure to yet again criticize the candidate’s singular focus on the issues of debt and deficits rather than joining him and Weld in a total denunciation of the Trump presidency.

“The reality of this race is that you can’t challenge this incumbent president on a one-issue platform,” Walsh said. “I share Governor Sanford’s concerns about the national debt and deficit, and I have an unwavering commitment to advancing conservative policy principles, but there is a backdrop of this election season that can’t be ignored: We are dealing with the most corrupt incumbent president in our history.”

“I wish Governor Sanford the best of luck in his future endeavors,” Walsh added. “This campaign is the toughest challenge I’ve ever undertaken, but I’m in it for the long haul and intend to stay the course on behalf of our team’s growing community of supporters.”

Sanford, who still has $1.3 million in his campaign account, told reporters he would look for new ways to promote discussion of the national debt, as well as the question of what it means to be a conservative Republican in the era of Trump.

“I urge conservatives to run their campaigns within the Republican Party. We need to have a robust conversation about what we believe in as a party.”

Bill Kristol, the conservative writer most closely associated with the #NeverTrump movement, told NHJournal, “I respect Sanford for trying. He’s done a lot more to fight for his principles than 95 percent of the Republicans in Washington, D.C.”