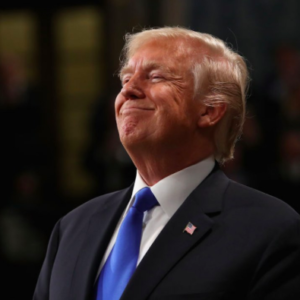 On December 18, Rep. Chris Pappas announced his support for impeaching President Trump and removing him from office.

“I cannot and will not stand idly by when a President compromises the rule of law and our national security for his own personal political benefit,” Pappas said in a statement. “The President has abused the powers of the highest office in the land… Our nation’s founders created a government with shared powers and co-equal branches of government. They gave us the presidency — not a monarchy.”

On March 18, Pappas supported Trump’s decision to seize control over vast swaths of the U.S. economy by invoking the wartime powers of the Defense Production Act of 1950. The act gives near monarchical powers over private industry, and Pappas joined with Rep. Annie Kuster and some 60 other Democrats in sending a letter to Trump days earlier urging him to take this action to address the coronavirus crisis.

Pappas isn’t alone. All four members of New Hampshire’s congressional delegation voted to impeach or remove Trump from office just a few weeks ago. Sen. Maggie Hassan said on the floor of the Senate that Trump must absolutely be thrown out of the Oval Office. “The president’s conduct requires it, Congress’ responsibility as a coequal branch of government requires it, and the very foundation and security of our American idea requires it,” she said.

Today, she and her fellow NH Democrats support a massive expansion of Trump’s powers. Do they still believe Trump is unfit to serve and should be removed from office? Or have they changed their minds and now believe he is competent to wield massive and largely unchecked authority?

Or is the truth behind door number three: Hassan, Pappas and their Granite State colleagues never believed Trump should be removed from office. They simply played their roles in an act of partisan political theater designed to hurt Trump’s re-election prospects.

That’s the widely held view among New Hampshire politicos on both sides of the aisle.  “Shaheen didn’t support impeachment. She just didn’t want to take the chance of getting primaried by some Bernie Bro,” one longtime N.H. Democrat told NHJournal.

Democratic defenders argue that the coronavirus crisis requires acts of what, in a different circumstance, would be political schizophrenia. We have one president, he’s the one person with the executive power, and so everyone must rally around the office.

However, Shaheen and Hassan didn’t just argue that they opposed Trump. They voted to remove him because, they said, he is so corrupt he cannot be trusted with the power of the presidency.  Today that presidency is more powerful than ever, and they are supporting that same “corrupt” president holding these expanded powers.

All four Democrats repeatedly refused to answer questions from NHJournal. They have, however, issued statements in support of President Trump.

“It’s vital that production be ramped up for medical supplies to treat patients with coronavirus — this is why I suggested that Pres Trump should look at the Defense Production Act,” Shaheen tweeted on Wednesday. “Glad @POTUS is taking this step but we now need to make sure these supplies are made & delivered ASAP.”

High praise for a president who, just six weeks earlier, she voted to remove from office.