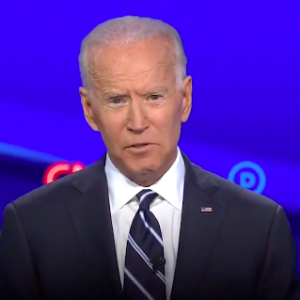 OPINION: If Biden Is Elected, There Is Far More To Fear Than Violence

I get it. People are tired of the fighting, the riots, losing friends and family over our political differences. Some speculate the violence and division might calm down with a Biden win. Interesting thought, but not reality based.

It is not Republicans who focus on constantly dividing us by race, gender, rich or poor. Republicans are not the ones full of hate, rooting for a failed economy, more misery, and more deaths in hopes the president might be defeated.

Understand, a Biden presidency would create a far worse outcome than violence or civil unrest.

We have witnessed a four-year temper tantrum by the left. I am reminded of the spoiled toddler who screams, “I hate you,” calls you names, stomps their feet and throws their toys. Often a tired parent doesn’t have the energy to discipline such outrageous behavior or the time to wait it out.

Doing the right thing can be so much harder. But, what happens to a toddler when a parent gives in and doesn’t take a stand? The child will escalate to a new level the next time and every time they don’t get their way. Giving in to an out of control demanding brat never gives way to a more well behaved child.

I experienced first-hand some of this “progressive” temper tantrum we see happening in the U.S. today. I was in D.C. as a Republican delegate to attend President Trump’s acceptance speech on the final night of the RNC Convention.

While leaving the event at the White House, a group of us had to endure constant harassment of vulgar name calling, threats, and (attempted) intimidation by BLM thugs who had taken to the streets. Although our hotel was just across the street from a White House gate, we were forced to walk about 2 miles out of our way to avoid streets and intersections taken over by larger, more organized groups of BLM thugs.

These were not protestors, but trained agitators. Luckily, other than blisters, some liquid thrown in a friend’s eyes, and dodging bikes purposefully riding at us on the sidewalk, we escaped physical injury.

I left the White House event full of the promise of America, inspired.  The walk back to the hotel revealed the need to defeat the Marxist direction of the democrat party, leaving me determined.

Understand, these destructive physical and verbal abuses are the least of our worries if the Left’s temper tantrum is placated. Should Biden win, if Democrats win a majority in the Senate and House, we lose America. Forever.

We might over time and after considerable pain be able to reverse disastrous policies like the Green New Deal, higher taxes, and crushing regulation on businesses.  We would never recover the institutional changes.

Former President Obama telegraphed the removal of the filibuster during his eulogy of John Lewis. Removing the filibuster would create a simple majority fast lane, paving the way for a Democrat majority Senate to bully their way with their many far left extreme positions.

As Schumer has already suggested, they would start by adding more Supreme Court judges to the traditional nine, creating a firm liberal majority.

More liberal justices who tend to favor progressive ideological policy over the Constitution would be sure to rule against your 2nd Amendment rights, support crushing 1st Amendment violations such as the “Fairness Doctrine” to further limit conservative speech, eliminate the Electoral College making flyover states inconsequential, remove barriers to socialized medicine, allow Affirmative Actions on steroids and remove any protection of the unborn.

Imagine a country run by the liberal elites of many of our colleges and universities, denying and condemning conservative speech and thought. Our communities are full of people with conservative values who are already intimidated, forced to hide their political leanings in fear of losing their business or their jobs, resulting in their silence.

If Biden is elected what will happen to your voice? IT WILL BE SILENCED BY LAW.

A Biden presidency gives us an entire country of Democrat cities of Seattle and Portland, where supporting law and order is not politically correct, where property damage, looting, burning businesses and government buildings is tolerated and excused. Beware a world where the child always winning a temper tantrum is in charge.

The madness must stop.

Vote like your way of life, your freedom, your bank account, your voice — and the very existence of America depend on it.