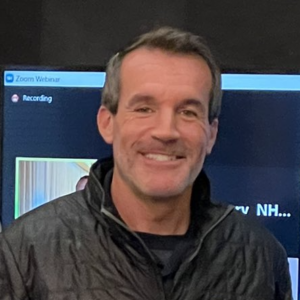 “After a considerable amount of thought and deep reflection over the last month or so, this evening I am tendering my resignation as town manager, effective March 11th,” Smith said. “As it has been speculated in various media outlets over the last few weeks, it is my intent to formally announce my candidacy for the United States Senate in the not too distant future.”

Smith’s move comes just a day after state Senate President Chuck Morse announced he is forming a committee and intends to enter the race shortly as well. NHGOP insiders say both candidates have the potential to defeat first-term incumbent Sen. Maggie Hassan, particularly in the pro-GOP political environment that is taking shape.

Smith, 44, has been serving as Londonderry town manager since 2013, after losing the GOP gubernatorial primary to Ovide Lamontagne — who would go on to lose to Hassan in the general election. Before that, Smith was a state representative from 1996 to 1998 and later ran Cornerstone Action, a conservative advocacy group.

While Morse has proven fundraising chops and is a respected member of the state’s Republican establishment, Smith has both connections to the grassroots and a story his supporters believe will appeal to voters frustrated by the current state of politics.

Gen. Don Bolduc is already in the GOP primary, but his public attacks on Gov. Chris Sununu based on fringe conspiracy theories and inability to raise money have left many believing he is not a viable candidate.

Democrats clearly have their eye on Smith, however. Within minutes of his announcement, the state Democratic Party tweeted: “Kevin Smith is a well-known extremist and one of the leading opponents of women’s reproductive freedom in N.H. With Smith about to get into the race, the Republican primary will only get more chaotic, more messy, and more extreme. Good luck!”

Smith is a former staffer for both GOP U.S. Senator Bob Smith (no relation) and Gov. Craig Benson. In 2017, Sununu appointed Smith to the board of directors of Pease Development Authority.

Smith is married and has three children. And, he told the town council Monday night, he plans to continue to announce the Londonderry High football games.

“The words ‘thank you’ seem so insufficient for taking a chance on me almost nine years ago to be your town manager,” Smith said. “What I stated to you then at the end of my interview still holds true today and even more so: ‘I love Londonderry.'”