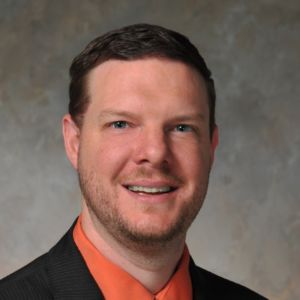 Posted to Politics January 24, 2021 by NHJOpinion

After the presidential election, there was much criticism by Republicans that the election results weren’t fair or valid. The New Hampshire GOP has to ensure their election is fairly done so that there isn’t even an appearance of impropriety.

The Annual Republican State Committee Meeting yesterday did not go well, to put it nicely. Trying to get hundreds of people together for Zoom was an absolute failure. Numerous people couldn’t log-in or would be kicked out. There were also connection issues. But even worse were the problems on the end of the State Party itself.

The bylaws and Robert’s Rules of Order were blatantly ignored. Voting members were primarily muted in violation of the meeting rules, which specifically stated: “Press, guests and non-designated staff may be allowed to view the proceedings only and shall be muted.” This rule necessarily meant voting members had to be heard. Members had the right to make motions. While they tried to make motions such as point of order by holding up signs or using the Zoom raise hand button, they were often ignored; in some instances for hours or altogether. Such a blatant disregard for the rules is unacceptable.

Eventually, a motion was accepted for a vote. That vote also did not go as well as people would have liked.

Numerous members pointed out the rules weren’t followed, and they weren’t being allowed to be heard. Instead of following the rules, motions weren’t allowed, and the party forced through the election of some of the officers.

After additional outrage, the GOP unilaterally decided to adjourn and declare voting for the offices would be done via mail. This ruling goes against the bylaws and is not allowed. The ruling wasn’t even put to a vote by the members.

Republican leadership should know better than to just make up rules that put into question the integrity of the election.  There are numerous issues with the voting mechanism and unanswered questions.

It is questionable whether mail-in voting is even permissible. The bylaws state: “Each member shall have one vote, and must be present to vote.” This seems to require the vote to be live, in-person. Further, the adopted rules specifically for the 2021 Annual meeting stated: “All elections for party officers shall be by electronic ballot, except in cases where only one candidate is nominated.” There were no rules passed that allowed for a continuation of the election or to allow mail-in voting. Further, “Amendments to the Bylaws shall require a two-thirds (2/3) majority of those present and voting for adoption.”

It is unclear who will now be allowed to vote. The rules adopted by the Republican State Committee state that “Voting State Committee Members (each of which a “Member”) to the Annual Meeting shall be those individuals qualified according to Article V, Section 1, A of the Bylaws of the New Hampshire Republican State Committee, (the “Bylaws”), unless otherwise disqualified under the Bylaws, who have been credentialed for the Meeting during the credentialing period stated in Rule No. “ Accordingly, only people who were credentialed at the meeting should be allowed to vote. It appears the GOP decided to ignore that and wants to mail a ballot to all members.

The next issue with mail-in voting is its complete lack of trustworthiness. The votes will be mailed to the State Party Headquarters to be counted. It is completely inappropriate for the people who are interested in the outcome to be solely in charge of counting the votes. Assuming they did everything properly, there is still an appearance of impropriety that should not be accepted. The last thing the NHGOP needs is disenfranchised voters.

There are a couple of paths forward that would alleviate this issue. The most obvious one is to have an in-person meeting such as was done in the past. The Arizona GOP (which had its own issues at their meeting) managed to have a live annual meeting yesterday. If NHGOP rule makers are unwilling or unable to figure out how to do that safely; then we need different people in charge. The meetings could be done at the local county level.

Another route to ensure a fair election is to let credentialed voters drop off mailed ballots with a trusted group that doesn’t have a direct interest in the election outcome. Ballots should then only be opened and counted in the candidates’ presence or their designee.

The Republican party is supposed to support law and order. They now have the opportunity to correct their mistakes and follow the rules. I hope they have a fair, lawful election and lead by example.

Dan Hynes is a former Republican State Representative and is running for Vice-Chair of the New Hampshire Republican Party.