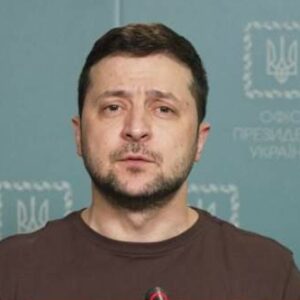 HUTTON: In Supporting Ukraine, How Far Is Too Far?

It is clear Ukraine, while fighting valiantly against a massive, murderous Russian military machine, needs considerable assistance if it is to push Russia out forcibly (unlikely) or cause enough pain to force Putin to sue for peace (also unlikely but at least possible).

Support likely does not include MiG fighter jets supplied by Poland, with the support of the United States.

Ukraine wants a so-called no-fly zone over its territory. For NATO, or even the United Nations as some have suggested, a no-fly zone is a non-starter at the moment because all nations have decided Ukraine is not worth defending with armed forces.

The United States and NATO correctly assess that such an action is a clear act of war.

Why is it an act of war? To enforce a no-fly zone requires pilots to engage and be ready to kill violators. Second, for any force willing to patrol the sky, there has to be approval preemptively to kill anti-aircraft batteries. Third, any troops on the ground who engage aircraft with shoulder-fired anti-aircraft weapons (or any other weapons) would be killed immediately. Fourth, if a friendly aircraft is shot down, rescue crews would go in to recover downed pilots. Finally, any third country providing landing rights, rearming, refueling would be considered part of the battle.

All actions listed above are acts of war.

As human beings we understand that Ukraine’s president, Volodymyr Zelensky, needs to ask for the very things that keep hope alive in his country.

“Zelensky is absolutely right to argue that the issue is to defend Ukrainian lives now, not debate high-level questions of escalation,” said Matthew Schmidt, associate professor of international affairs and national security at the University of New Haven. “He’s focusing on his primary job, protecting his people from the war that’s on the ground right now. The U.S. is trying to honor that by flooding the area of operations with anti-air missiles and radar. They’re trying to build a no-fly zone from the ground up, manned by Ukrainians, in order to blunt (Vladimir) Putin’s narrative and the logic that would let him attack Western forces for supporting Ukraine this way.”

Some have suggested a U.N.-sponsored no-fly zone would suffice. But that has all the same issues attached. Additionally, getting an affirmative resolution through the United Nations is next to impossible given that either Russia or China can use their seat on the Security Council to block any such scheme.

“Sooner or later, Putin is going to do what he’s been saying he’ll do: He’ll attack Western support efforts as an act of war,” Schmidt wrote. “A U.N.-sanctioned no-fly zone will be no different.”

These facts are important so long as NATO and other nations live by a non-intervention policy.

Thus far, the U.S. Department of Defense is focused on flooding materiel to the Ukrainians.

“The best way to support Ukrainian defense is by providing them the weapons and the systems that they need most to defeat Russian aggression; in particular, anti-armor and air defense,” said Pentagon press secretary John Kirby. “We, along with other nations, continue to send them these weapons and we know that they’re being used with great effect.”

No one in the administration is discussing other kinds of support, such as intelligence or cyber activities, but the House voted March 9 to provide, among other things, “intelligence support.”

The specific nature of that support has been kept intentionally vague. It is at least possible that some form of intelligence is being provided to the Ukrainians. It could prove decisive.

As Russian forces strike hospitals and engage in a seemingly ever-increasing number of atrocities that likely will result in more widespread death and destruction, NATO, and much of the rest of the world, waits for Putin’s forces to complete their mission.

Ukrainian military forces, and the people of the country, have proven they’re no pushovers. At the same time, they’ve engaged almost entirely in defensive actions.

The Russian people hold it in their hands to end Putin’s regime.

James Hutton is a former assistant secretary at the U.S. Department of Veterans Affairs and is a retired colonel in the U.S. Army. He wrote this for InsideSources.com.