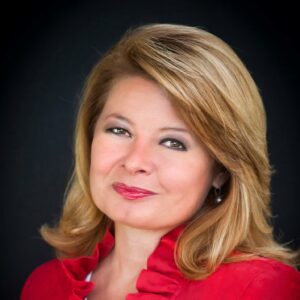 Gail Huff Brown, a veteran Boston TV broadcaster and wife of former Massachusetts U.S. Senator Scott Brown, has filed documents with the FEC, the first step in the formal process of becoming a candidate in the First Congressional District’s GOP primary.

“I am a conservative working mother, military spouse and new grandmother who cares deeply about our country and worries about the direction we are headed under the Biden-Pelosi-Pappas agenda, Huff Brown told NHJournal in a statement. “Today I filed paperwork with the Federal Election Commission that will allow me to begin fundraising as I continue to evaluate running in New Hampshire’s First Congressional District. I’ve lived through tough races, and I know what it takes to win. I’ve been humbled by the encouragement of family, friends, and neighbors – and if I believe I can lead the winning campaign that New Hampshire Republicans deserve, I will move forward.”

NHGOP insiders believe running a “winning campaign” involves having the endorsement of former President Donald Trump. It’s highly unlikely Huff Brown would get that backing given the split between her husband — who served as Trump’s ambassador to New Zealand — and his old boss.

In May, Scott Brown told CNN that Trump “absolutely” bears some responsibility for the Capitol Hill riot, a comment the former POTUS is unlikely to forgive or forget.

Still, Gail Huff Brown isn’t giving up. She told WMUR she’s a proud supporter of Trump’s ‘America First” agenda and that she’s “much more conservative” than her politically-moderate husband. “I’m not Scott. We are very different people with different ideas,” Huff Brown said.

Should she decide to run, she’ll be entering a field that already has five Republican candidates, with more likely on the way. The mantra from Huff Brown supporters is that the race “needs an adult.” And at 59 years old, Huff would be facing a field with an average age of 28.

“Gail Huff Brown’s entrance into this primary confirms what we already knew, this group of political opportunists, carpetbaggers, pharma lobbyists, loudmouths, and extremists is set to tear each other apart.”