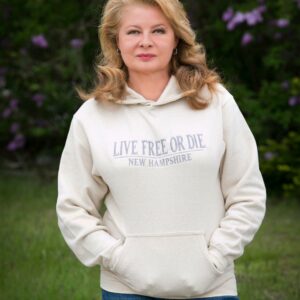 HUFF BROWN: I Will Be Your Voice

Those were the words spoken to me by a Granite Stater I ran into the day I filed my candidacy for Congress. It was another reminder of why I got in this race: The out-of-touch Washington politicians aren’t listening to the working people of New Hampshire. We are suffering under the reckless policies they promote.

For much of the past 30 years, I traveled this state and the rest of New England reporting on real-life challenges facing all of us. During those three decades, I never heard this level of frustration. Voters on the campaign trail have had it up to here with the false promises, incompetence, and incoherence we are getting from the likes of Congressman Chris Pappas, Speaker Nancy Pelosi, and President Joe Biden.

Paychecks have been stretched to the limit by record gas prices and rampant inflation, fueled by extreme “green” policies that shut down American energy production. Out-of-control spending has devalued the dollars we work so hard to earn. Everyday staples we rely on to feed our families are breaking bank accounts.

This past February, my daughter called me, upset. She couldn’t find baby formula for my granddaughter, CeCe. She told me the closest store that had it was 200 miles away. Her friends were driving to Canada to buy baby formula!

Mothers across the country were alarmed they couldn’t find formula for their babies. Why did it take three months for the Biden Administration to acknowledge the shortage? President Biden himself said he didn’t know there was a problem until April.

What is wrong with our leadership when a food crisis impacting millions of American families doesn’t reach the president’s desk for months? Why was Congressman Chris Pappas not marching to the White House to demand action?

We need a voice in Washington.

At a fair several months ago, I was talking with Keith Robinson, a farmer who lives in Pittsburg. He told me that he and his community had seen an increase in illegal activity on their border with Canada. At the end of our conversation, he invited me to come up to visit and see first-hand what was happening.

He had reached out to all four Democrats in our federal delegation and nobody bothered to listen, so he was surprised when I showed up on his farm to listen to the problem.

I learned that New Hampshire’s Border Patrol agents are being sent to our southern border with Mexico to try and slow the relentless flow of illegal immigrants drawn by open borders, a policy promoted by the Biden Administration. As a result, now our northern border is vulnerable, and this farmer and his neighbors are coming face-to-face with smugglers and drug runners on their property.

I am proud to be endorsed by the National Border Patrol Council, which represents 18,000 Border Patrol Agents and support staff because I support securing our border to protect Americans’ sovereignty and safety. I took time to listen and understand what they are experiencing day in and day out.

Chris Pappas isn’t listening. In fact, he’s a big part of the problem. He supports amnesty for illegals who have violated our laws and skipped the line. When Chris Pappas did visit the border it wasn’t to learn what was going on and why, but instead to protest President Trump’s very effective ‘Remain in Mexico’ policy, which had helped slow the flood of illegal immigrants.

Leadership is about listening, learning, and representing the experiences of real people to help improve their lives. Biden, Pelosi, and Pappas aren’t listening and that’s why our country is on the wrong track. Right now, we have a federal delegation in New Hampshire who is not listening to us.

More than ever, Granite Staters need someone who will bring attention to their issues, problems, and concerns. They need someone who will listen and share their stories with out-of-touch elites who have forgotten about us. Voiceless Americans need their voice back in Washington. If you honor me with your vote on September 13th when we go to the polls to vote in New Hampshire’s primary, I will be your voice.

Gail Huff Brown is a candidate in the Republican primary in the First Congressional District. She wrote this for NHJournal.com.