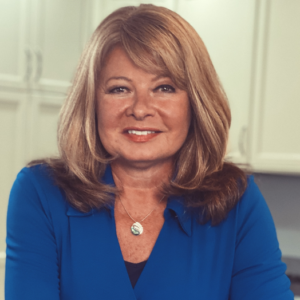 Gail Huff Brown of Rye formally announced her candidacy in next year’s First Congressional District GOP primary. Along with the potential U.S. Senate contest between incumbent Sen. Maggie Hassan and Republican Gov. Chris Sununu, it could be yet another race where New Hampshire plays a key role in determining the balance of power in Washington, D.C.

In a video released Tuesday, the wife of former U.S. Sen. Scott Brown, R-Mass., said she is a conservative working mother, military spouse and new grandmother who cares deeply about the state of New Hampshire and the United States.

“I worry about the direction we’re headed. I worry about skyrocketing debt, public welfare programs that discourage hard work, and I worry about failed immigration policies based on partisan politics rather than compassion, and safety, and prosperity of Americans,” Huff Brown said in the video.

During an interview with NHJournal, Huff Brown explained the choices she made when it came to the video’s content.

Huff Brown said she decided to film her announcement video inside the kitchen of her home because her family spends most of their time together in the kitchen or in front of the fireplace. And she decided to introduce the audience to Cecelia, her granddaughter, who is six months old and lives in Portsmouth, because her perspective has changed since she became a grandmother.

“How are she and her generation ever going to be able to dig their way out of the debt that we’re leaving for them? They just can’t, and we have to be mindful and far more responsible for the next generations,” Huff Brown said.

By throwing her hat into the ring, Huff Brown joins five other candidates competing in the primary thus far. Matt Mowers, who ran against incumbent U.S. Rep. Chris Pappas in 2020 as the party’s nominee, is in the race. Karoline Leavitt, who worked as a Trump White House staffer and served as an assistant press secretary helping Kayleigh McEnany prepare for high-pressure briefings, is also running.

Seabrook State Rep. Timothy Baxter, a member of the House Freedom Cause, businessman and Marine Corps veteran Julian Acciard, and frequent candidate Gilead Towne are also in the race. More candidates are expected to enter when the redistricting picture becomes more clear.

While she’s the newest candidate, for voters who watched television news in the 1990s and 2000s, Huff Brown may be the most recognizable. She is a former broadcast journalist who worked as a reporter for WCVB-TV, the ABC affiliate in Boston, Mass. for 17 years.

Huff Brown most recently worked as a special correspondent and news contributor for NH1 News in Concord, NH. That now-shuttered news operation was owned by Bill Binnie, who ran unsuccessfully for the Republican nomination for the U.S. Senate in 2010.

Huff Brown was asked by NHJournal if she thinks anyone will bring up the fact that her husband was called a “carpetbagger” when he ran against U.S. Sen. Jeanne Shaheen, D-NH, in 2014 because he was the U.S. Senator for Massachusetts from 2010 to 2013.

Huff Brown responded by saying New Hampshire is home for the couple.

“We have been homeowners and taxpayers here, right, for over 30 years. We decided many, many years ago this would be our forever home, and we came home. This is home for us,” Huff Brown said.

She and Scott Brown have been married for 35 years, and although this is her first political race, this is the couple’s 22nd.

Huff Brown said she does not intend to make politics her next career, but she does want to go to Washington, D.C., to make the political changes she feels are needed to get the country back on track. She accused Pappas of “not representing Granite State values.”

The Democratic Congressional Campaign Committee released a statement in response to her announcement.

“Huff Brown’s entrance into this primary campaign underscores this GOP primary field is a collection of out-of-state, out-of-touch, and out of their mind candidates,” said DCCC spokesperson James Singer. “As these unserious, extreme candidates focus on fighting each other and for Donald Trump’s affection, Democrats will keep delivering for Granite State families.”