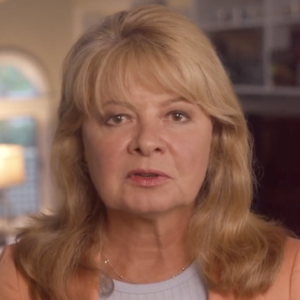 Supporters and critics agree: Gail Huff Brown’s campaign ad about her personal experience in a high-risk pregnancy is emotionally powerful, one of the few ads to break through the tidal wave of TV campaigning.

But “powerful” and “politically smart” are not synonyms. Is the decision to run an ad pledging to “protect choice” in a GOP primary a bold move or a desperate blunder?

Huff Brown’s campaign in the First Congressional District GOP primary has received more attention of late, thanks to her surprising showing in the most recent UNH Survey Center poll. After being steadily stuck in the single digits — including in the most recent NHJournal poll — Huff Brown broke out to 16 percent support and solidly in third place in the UNH survey. Matt Mowers was at 26 percent and Karoline Leavitt at 24 percent.

The poll was taken before Huff Brown’s ad hit, but her campaign believes it will add to her momentum.

In the ad, she looks directly into the camera and recounts:

“I went into labor with my daughter at just twenty weeks.

“I was rushed to the emergency room where the doctor looked me in the eye and asked … whose life do we save?

“I chose my unborn child.

“But in that agonizing moment, I was comforted to know I had a choice.

“In Congress, I’ll vote to protect the New Hampshire law, and the choice it guarantees.”

Huff Brown’s campaign is not shy about saying it believes embracing “choice” — the word appears three times in a 30-second ad — is a political winner.

“The high number of undecided voters makes this race a jump ball, but momentum is with Gail who stands to benefit the most as less ideological late deciders, traditional and moderate Republicans, and independent voters get exposed to her latest ad highlighting her support of the New Hampshire law on choice,” campaign manager Ben Hincher wrote in a memo regarding the UNH poll.

And some GOP campaign veterans agree.

“I think jumping into the abortion discussion in a Republican primary as the only ‘pro-choice’ candidate, at first seems risky. But in reality, it is bold and very smart,” said Alicia Preston Xanthopoulos, a former GOP strategist and member of the media. “There is a chunk of the Republican Party that is pro-choice. There are pro-choice independents who will vote in the primary.

“In a field with this many candidates, you don’t need 50 percent of the vote to win, and differentiating herself is what needed to happen. The candidates agree on pretty much everything, policy-wise. It’s been more of a ‘Who has more Trump bona-fides?’ campaign for many of them. This is saying, ‘I’m the only one with this position on a policy. If you agree with me on it, come with me.’ Strategically, it is very wise.”

Others point to polling that shows just 13 percent of Granite State Republicans consider themselves pro-choice. A June UNH poll found Republicans supported the repeal of Roe v. Wade by a 64-24 percent margin.

One challenge, or perhaps potential benefit, for her campaign is Huff Brown’s lack of clarity on abortion on the campaign trail in the weeks before she released the ad. Pro-life activists in New Hampshire have noticed.

“Gail has long kept her position on abortion totally incoherent,” said Shannon McGinley, executive director of Cornerstone Action. “In a debate on August 4, she claimed to support New Hampshire’s Fetal Life Protection Act, then seconds later appeared to attack it. When Karoline Leavitt asked Gail what her position is, she laughed nervously and said nothing.

“Apparently she’s now starting to experiment with taking an actual position. We’ll see if Granite State Republicans are eager to be represented by a weak fence-sitter who makes her principles up as she goes along.”

Huff Brown told NHJournal that her position on abortion is clear.

“I support the New Hampshire law, which allows a woman’s choice in the first two trimesters and bans abortion in the third trimester,” Huff Brown said. “I do not support and will never support any public funding for abortion or for contraception. I think those are personal decisions and those should be paid for by the person.”

And despite claims by Rep. Chris Pappas’ campaign that all the GOP candidates in the NH-01 primary “support a national abortion ban,” Huff Brown repeated that she does not.

But asked about the politics of running in a GOP primary as a pro-choice candidate, Huff Brown pushed back on what she called “making it a ‘black-and-white’ issue.”

“Now, is that nuanced? Yes. This is not a black-and-white issue. There’s not a single woman in the world that goes through this and looks at this as black and white. And to keep trying to put it into this divisive arena, I just don’t think it’s fair.”

“There is no groundswell for pro-choice Republicans, that is for sure,” Carroll told NHJournal in a podcast interview. “This is an issue Republicans should absolutely be using to inspire their base, a majority of which is pro-life.”