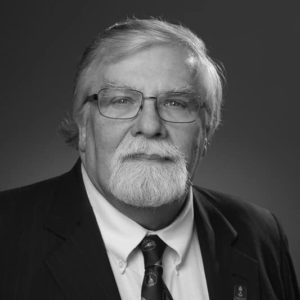 New Hampshire lawmakers will officially convene for the biennium Wednesday, like they do every two years. But this Convening Day will be very different from those in the past. A drive-in legislature, a vote for Speaker, and rules suspensions to pass legislation on the first day convened will all be on the table, setting up yet another historic COVID-era meeting.

Acting Speaker Sherm Packard (R-Londonderry), in cooperation with the University of New Hampshire, set up a drive-in style legislative day, an approach many in the Democratic caucus reject as not accommodating enough for those with disabilities. “We are trying to make every accommodation to everybody that has a problem,” Packard said in a segment on WMUR’s Closeup last Sunday.

It’s not enough, says disability rights activist Juliana Good. “These drive-in sessions put vulnerable legislators and their families at risk, are terrible for air quality…and discourage public participation.” Legislators are expected to remain in their cars in a parking lot at UNH, but the cars will be spaced enough to provide room to stretch outside the vehicle.  Several Democratic members have spoken out about their inability to sit in a car for prolonged lengths of time and say not enough was done to accommodate them. Many Democrats have said they will not attend. Others, like State Representative Sherry Frost (D-Dover), say on Twitter some colleagues are stocking up on adult-diapers.

“I’m sorry, but my commitment to public service does NOT extend to me having to wear a diaper,” Frost said in a Tweet.

For those legislators who do make the drive, the first order of business will be to elect a new House Speaker to carry out the term vacated upon the passing of Dick Hinch (R-Merrimack). Hinch’s December election was a rare moment of unity for the House, as he was elected unanimously upon a motion from the previous Speaker, Steve Shurtleff (D-Penacook).

Republicans will likely have the numbers to formally elect Acting Speaker Packard to complete Hinch’s term. House Republicans chose Packard, who says he’s running “to carry on [Hinch’s] legacy, to carry out his agenda,” to be their nominee by a wide margin at a December caucus over two other Republicans.

House Republicans may unite behind the election of Speaker Packard, but they are far from unified. On Organization Day, 95 members voted to suspend House Rules to introduce and pass a resolution overruling Gov. Chris Sununu’s executive orders and ending the state of emergency in New Hampshire. Sources tell NHJournal that the same motion may be made again on Wednesday.

The body must also approve amendments to House Rules on Wednesday. The House Rules Committee approved many of them in late December, while rejecting a slew of Democratic proposals that would have required mandatory training, allowed remote sessions, and banned alcoholic beverages from the House floor. Most will probably be brought before the entire body on Wednesday, and there are likely to be many roll call votes to ensure each party gets the other on record.

The House will vote on whether or not to approve rules allowing for remote sessions. The state Supreme Court ruled that a quorum of the body could be determined electronically, but that the House would need to adopt rules to allow such proceedings. Committees met last year remotely, but the full House has met in person, with some precautions, since the onset of the pandemic. A similar proposal, made on Organization Day, only garnered roughly 50 votes for passage.

Sources tell NHJournal the Senate will suspend its rules to introduce and pass Senate Bill 2 on Wednesday and immediately send the bill to the House for action. The proposal would extend some COVID-19 voting measures passed last year to Town Meetings this spring, such as early pre-processing of absentee ballots, and also allow for delaying Town Meeting Day, as many towns did in Spring 2020.

The plan to get the bill on the governor’s desk this week may run into trouble in the House, which would also have to suspend its rules. That would require two-thirds of those present and voting, which sources say is unlikely at this point. If the measure fails on Wednesday, it will get the normal hearing process in the House and may be brought back in early February when the House has its next session date.