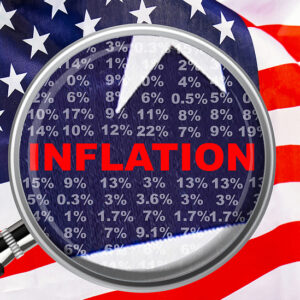 The New Hampshire Democratic Party’s push to get abortion and gun control at the top of the midterm ballot suffered a serious blow Wednesday when June’s inflation number hit: 9.1 percent. It is the highest rate in 41 years according to the U.S. Bureau of Labor Statistics.

The Consumer Price Index (CPI) jumped 1.3 percent in a single month, a higher increase than economists expected. Even the core CPI, which does not include food or gas prices, rose 0.7 percent month to month, also higher than projections.

Republicans put the blame squarely on the Biden administration and its allies.

“One year ago this week, President Biden’s reckless stimulus checks began flooding the economy, and we are seeing the result: Inflation is raging and getting worse, forcing massive pay cuts for American families,” said Ways and Means Republican Leader Rep. Kevin Brady (R-Texas). “Now congressional Democrats and the President are determined to make inflation even worse – with $1 trillion in new tax hikes in a dangerous ‘slimmed down’ Build Back Better package. Raising taxes on local businesses and farmers as our country faces a recession is crazy and will drive prices even higher.

Biden pushed back, releasing a statement dismissing the report as “out of date” and taking credit for “30 days of decreases in gas prices, that have reduced the price at the pump by about 40 cents since mid-June.”

According to the Energy Information Administration, the average price for a gallon of gas is $4.77. When Biden took office, it was $2.39, or twice as expensive.

“When I’m the 51st vote in the U.S. Senate, we’ll get our economy and our nation back on track,” Morse added.

One of his GOP primary opponents, Gail Huff Brown, also weighed in. “There is not a spending bill Chris Pappas would not vote for. The Biden-Pelosi-Pappas agenda is crippling our economy. New Hampshire deserves better.”

Democrats dispute the charge that the $3 trillion in COVID and infrastructure spending passed since Biden took office has played a role in the ensuing inflation surge. Most economists, however, including Democrats like Obama officials Larry Summers and Jason Furman, concede the explosion in spending contributed to inflation.

Asked by NHJournal if the spending coming to New Hampshire for projects like expanded broadband was worth the inflationary impact, Hassan said inflation is high around the world. “Our choice last year was to either help businesses or to let those businesses go out of business and lay off businesses and lay off workers.”

When the $1.9 trillion American Rescue Plan Act was signed into law by Biden in March 2021, unemployment had already fallen to 6 percent, down from the lockdown high of 14.8 percent.

Meanwhile, the impact of the record-high inflation is hitting Americans in their paychecks.

“Workers are experiencing the biggest decline in years in inflation-adjusted pay,” The Washington Post’s Wendy Long reported. “Wages are up 5.1 percent in the past year. Inflation is up 9.1 percent.

“The Labor Department calculates that workers had a -3.6 percent inflation-adjusted decline in pay in the past year,” she added.