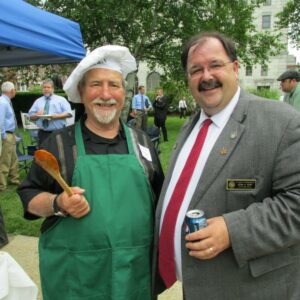 For many GOP House Republicans, it was Facebook snark that didn’t cut the mustard.

Greg Moore of Americans for Prosperity popped a note in state Rep. John Burt’s FB timeline asking when Hot Dog Day will be held this year. Burt, a Goffstown Republican, hosts the annual event as an end-of-session gathering and fundraiser for volunteer dog rescue organizations. With an open invitation to the entire State House and staff — around 800 people — it’s a major undertaking.

“Not sure if it will happen this year. It takes months to prepare and sadly the days are ticking away and we are still scared to go back to the State House,” Burt replied. “Can you help?”

“On cooking hot dogs at the state house  Rep. Burt says, “It takes months to prepare…If that doesn’t sum up the NH Legislature, I don’t know what does.

…and you all wonder why I’m hesitant to give the Legislature control of Emergency Orders during a crisis?!?! 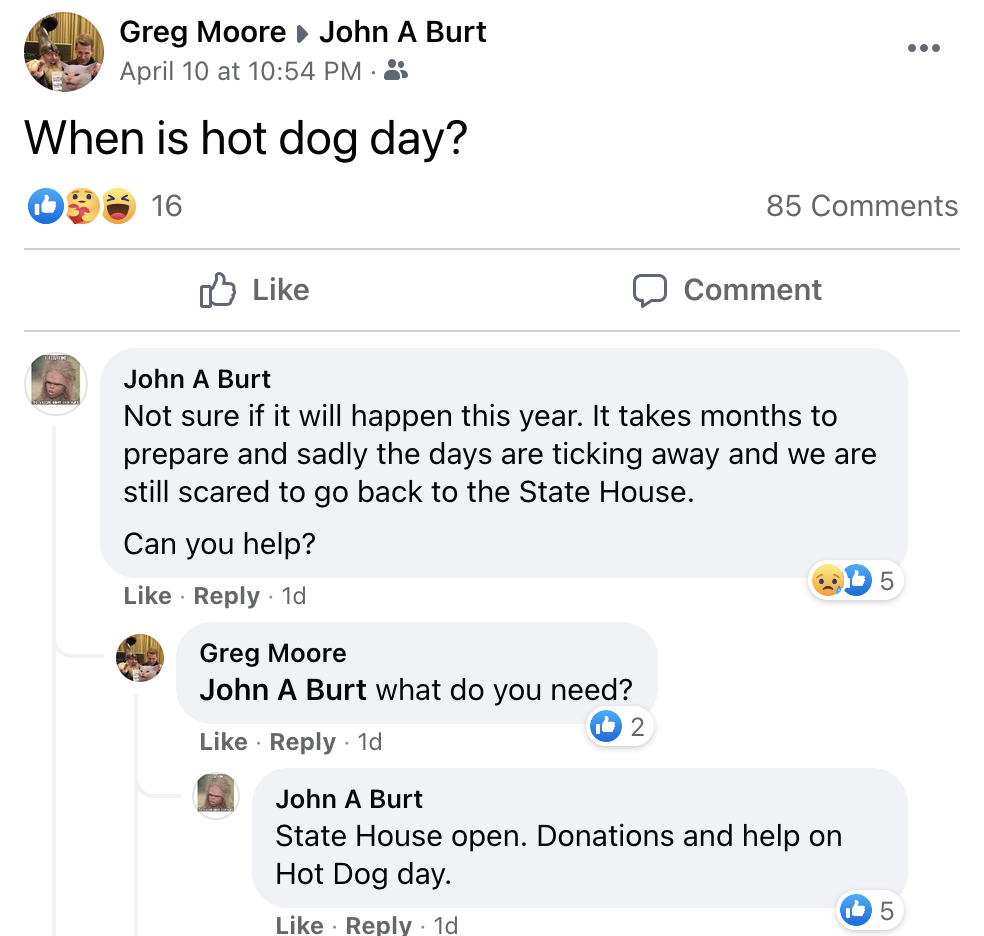 That quip sparked a wave of responses, mostly unkind and several unprintable. Sununu says it was just a joke and has since stepped up and offered to cover the costs of this year’s Hot Dog Day. Rep. Burt has accepted the governor’s offer and is looking forward to the event — though details are still unclear.

But for many New Hampshire Republicans, it was a “truest words are oft spoke in jest” moment. Sununu’s decision to jump into a Facebook timeline and flame a state rep — over a charity event — reflects Sununu’s attitude toward the House GOP since the session began. It’s also a glimpse of the impulsive Sununu NHGOP insiders have known for years.

“He’s a lot more like Trump than he realizes,” one longtime NHGOP’er told NHJournal. “Not on policy, but taking politics personally.”

The Republican governor has gone out of his way, critics say, not just to disagree with the House GOP but to dis them. He called the pre-session House GOP Caucus “horribly managed,” and accused GOP House members who refused to wear masks of “acting like a bunch of children.”

Sununu dismissed the House-passed budget out of hand, accusing the GOP leadership of allowing the process to “go completely off the rails.” Rather than talking up compromise, Sununu’s mocked the House budget as unserious, and suggesting that the state Senate is where the only work that matters gets done.

“He does know the House has to vote on the final budget, doesn’t he?” one frustrated Republican told NHJournal. “He does know how small our majority is? Maybe he’s having a negative reaction to the [COVID-19] vaccine.”

Few NH Republicans want to speak on the record about Sununu’s behavior and many noted his hard work to flip the legislature from blue to red last year. But they also tell stories of being snubbed personally by the governor, particularly over the issue of limiting the executive branch’s emergency powers.

The House-passed plan would give a governor unlimited power to declare an emergency, but after 30 days the legislature would have to approve an extension. It’s hardly an unusual move. Many states already have legislative checks on the executive’s emergency powers written into their laws, and according to the National Conference of State Legislatures, lawmakers in 45 states have proposed more than 300 bills related to the issue since the pandemic began.

But Sununu rejects the premise that more balance between the legislature and executive is needed.

“In a crisis moment, the chief executive needs to have complete flexibility in terms of how to administer everything from a vaccine, how to buy PPE. I mean, these are just the examples out of COVID,” he told NHJournal during a March 4 press conference. “You can’t let bureaucracy hold that up.”

As for the legislature putting a limit on his ability to indefinitely re-up the state of emergency on his own, Sununu says they already have all the power they need. “Technically, the legislature could get rid of the state of emergency altogether. That would be a terrible thing to do, given that we would lose all ability to apply for FEMA funding, all ability to get funding for our National Guard. I mean, the domino effect of negative repercussions there is huge.”

That, Republicans say, is why they want a legislative solution and not just a kill switch.

“He’s badmouthed us in the media, and that’s a bit disheartening,” Burt said. “We have to work together. My voters told me we had to do something about the emergency orders, not to let one person have all that power. I’m just doing my job as a legislator.”