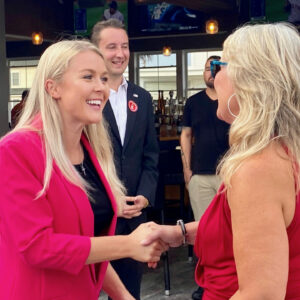 Some 200 people gathered at Bernie’s Beach Bar in Hampton, N.H. for the official campaign kick-off, with Rep. Al Baldasaro (R-Londonderry) leading the Pledge of Allegiance. Baldasaro, known for his loyalty to Trump and willingness to throw a political punch, is backing Leavitt in the First Congressional District GOP primary.

“Who is ready to send a homegrown fighter to Washington to fire Chris Pappas and retire Nancy Pelosi once and for all?” Leavitt asked the crowd. 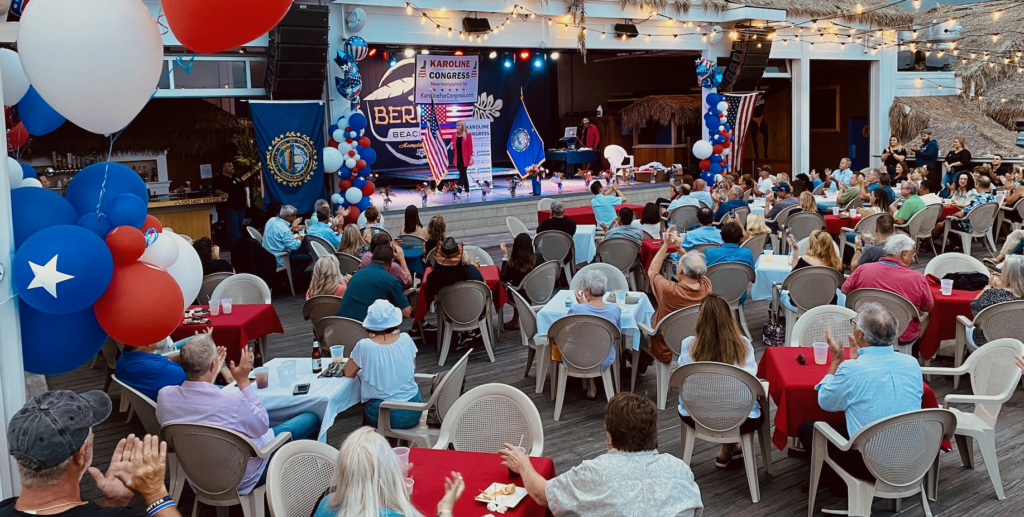 “The American people, the people of my great home state of New Hampshire, want less government in their everyday lives and their businesses,” Leavitt told NHJournal Wednesday night, “I believe people are truly scared for our country. I know I am.”

“That’s why I got into this race. I want to give people a sense of hope and a sense of strength. I am a fighter. I have been my entire life, and I’m standing up for my home state. That’s my message, and I think it’s resonating,” Leavitt said.

She’s certainly not going out of her way to avoid a fight. She raised eyebrows a few weeks ago when she called Black Lives Matter a “Marxist terrorist organization.” She reminded her supporters that she is the only candidate currently in the race who’s said publicly that Donald Trump won the 2020 presidential race and had it stolen from him. And she also took a thinly-veiled swipe at the frontrunner in the race, 2020 GOP nominee Matt Mowers.

“I’m so grateful for everyone who’s here, on Team Karoline,” she told supporters. “I’m from New Hampshire and will always be for New Hampshire. And while I’m here at New Hampshire’s favorite beach bar, one of my opponents is currently fundraising at a lobbyist’s office in Washington DC.”

But Mowers’ connections to Trumpworld are the biggest challenge for the rest of the First Congressional District field. Mowers served in Trump’s State Department, and he was endorsed by the then-President two years ago.

And Gail Huff Brown is strongly considering entering the race. Her husband Scott was the first former U.S. Senator to endorse Trump in the 2016 race, and he served as ambassador to New Zealand. 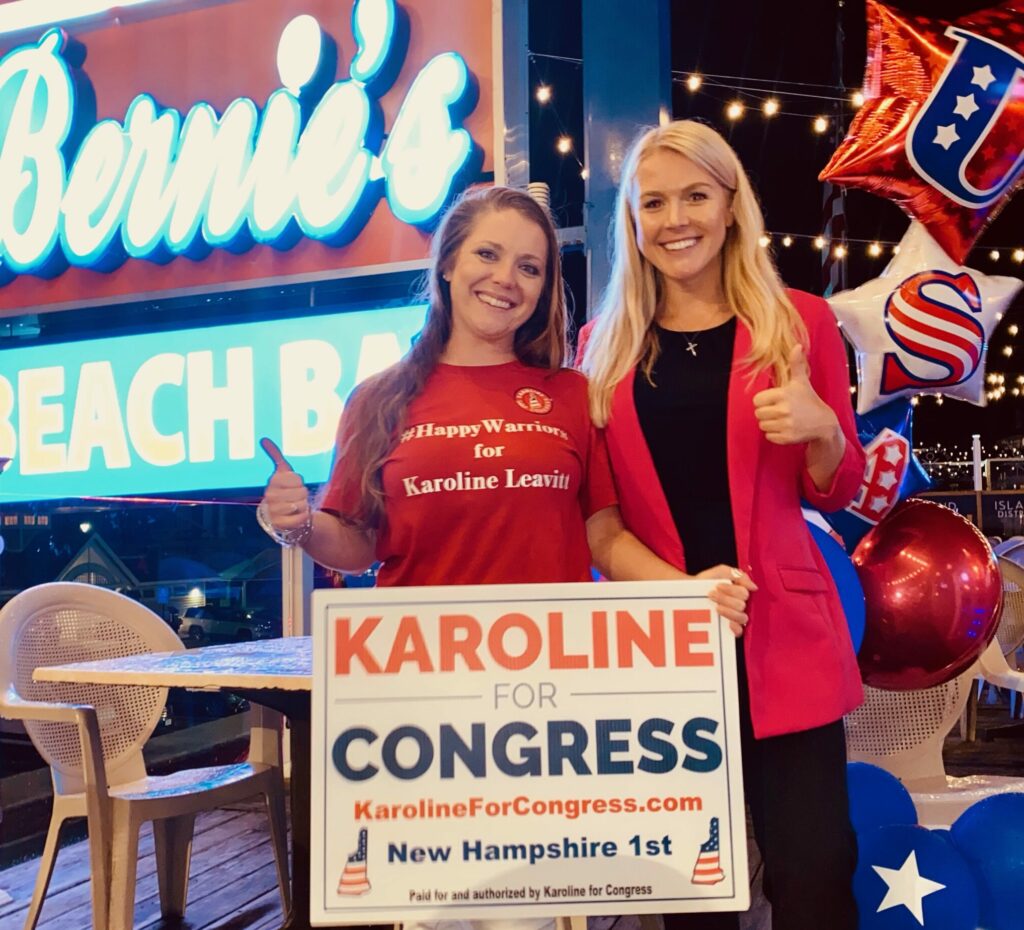 While the conventional wisdom is that Mowers will once again get Trump’s backing, a source close to her campaign says they believe the former POTUS’s support is in play. And she is working it hard behind the scenes, sources say.

“I’m proud to have served in the Trump White House,” Leavitt said. “We went to war every day with the ‘fake’ news media, who slandered President Trump and, worse, all of us who supported what he was trying to do.

“The American people should not feel bad about wanting to put America first, and people in New Hampshire should want to put New Hampshire first. And that’s what I’ll do,” Leavitt said.’

In attendance was Brooklenn McGaffigan of North Conway, who met the candidate at a Carroll County GOP event about a month ago. “I drove here from North Conway to support Karoline, and I will do it again and again! She is inspiring, and I know she will fight for me! Karoline fights for truth and freedom,” McGaffigan said, wearing her “Happy Warriors for Karoline Leavitt” t-shirt.

There are currently no announced Democratic candidates in the First CD race. Many people expect incumbent Rep. Chris Pappas to leave his congressional seat and make a bid for governor next year.