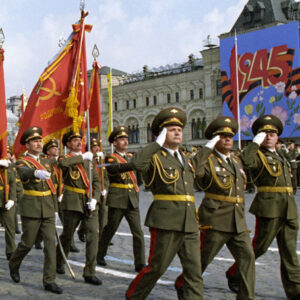 Russia is caught up in a horrific war.

Russia suffers a major blow to its international prestige.

Ripped from today’s headlines? Actually, they have nothing to do with Russia’s current invasion of Ukraine.

More than a century ago, Russia’s leaders made another big blunder. It cost tens of thousands of lives, altered the world power structure, and set in motion powerful forces still felt today.

This was what happened the last time Russia made a major military miscalculation.

As the 20th century dawned, generations of wars and incursions had made Imperial Russia a global colossus. Czar Nicholas II sat in his capital in St. Petersburg as absolute ruler of a country stretching from Eastern Europe across Asia to the Pacific Ocean. It was also a powerhouse on the world stage, with an army big enough to make sober nations think twice about facing it in battle.

But 1900’s arrival coincided with one of those major shifts that happen every generation or so. Imperial Japan was starting to flex its newly acquired muscle just then. Long considered a backwater because of its self-imposed isolationism, Japan arrived late to the Industrial Revolution party and made up for lost time with a vengeance.

Japan set off down the long road toward becoming the undisputed Big Dog in Asia. At the same time, Russia also had expansionist aims there. And the two interests collided head-on at the Korean peninsula and in nearby Manchuria.

There’s a long backstory, but it essentially boiled down to this: Russia’s Pacific fleet was based at Vladivostok, which froze during winter. So, Russia leaned hard on Imperial China and forced it to lease the warm-water Port Arthur for its warships. Problem solved, right?

Not so fast. Japan had its own military plans in the region, and they didn’t include the czar’s battleships prowling around. So Japan tried to cut a deal: It would be the dominant force in Korea, and Russia could do likewise in Manchuria.

But the czar’s diplomats said, “No dice,” believing they had the upper hand and didn’t need to negotiate anything. Japan responded by launching a surprise attack (sound familiar?) on Port Arthur on Feb. 9, 1904. With that, the Russo-Japanese War was on.

To many observers, the conflict had a certain David versus Goliath quality. How could a small country like Japan expect to take on a superpower like Russia? There was also an undercurrent of racism at play; how could the physically smaller Japanese hope to defeat the hulking Slavs?

They did. Russia suffered a string of embarrassing military defeats. Japan pushed for an armistice early on but was rebuffed. Nicholas II was a proud man and did not want to lose standing in the eyes of his European rivals. At his insistence, the war dragged on. And on. The casualties kept mounting.

The climax came in 1905 when the Russian and Japanese navies faced off in the Battle of Tsushima. It was the first decisive sea battle fought by modern steel battleship fleets. It was the first in which radio played a major part. And when it was over, Russia’s fleet no longer existed. The Japanese had thoroughly destroyed it.

Nicholas then had no option left but to sue for peace.

President Theodore Roosevelt pounced at the opportunity and hosted negotiators from both sides in Portsmouth, N.H., where they hammered out a treaty ending the bloodshed (and making Teddy the first U.S. president to win the Nobel Peace Prize).

The result: The balance of power had shifted. Japan emerged as a major player. Russia was exposed as a decaying relic from a dying era. Its military was still powerful, but not nearly as formidable as previously believed. The defeat also unleashed social forces inside Russia that sparked the Revolution of 1905, a forerunner of 1917’s Russian Revolution and the eventual creation of the Soviet Union.

Fast forward to 2022. History, they say, doesn’t repeat itself; but it rhymes. It is becoming increasingly apparent Russian President Vladimir Putin made a host of equally serious miscalculations when he decided to send his army into neighboring Ukraine without cause or provocation.

Nicholas II had ample chances to stop the Russo-Japanese War before it turned into an utter debacle. For his military, for his nation, and ultimately for himself personally.

Let us hope Putin picks up a Russian history book before it’s too late. For everyone.