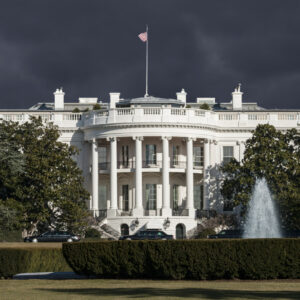 We remember what many presidents said in office. “The only thing we have to fear is fear itself.” “Ask not what your country can do for you…” “Mr. Gorbachev, tear down this wall!”

Not so well known is what they said on their way out. Literally. Their final sentences as they made the transition from the chief executive to the dearly departed.

This President’s Day, it’s worth revisiting the last words of several presidents. Some parting phrases were inspiring, some were sad, and some were, well, just plain ordinary.

George Washington enjoyed only two years of post-presidential retirement at his beloved Mount Vernon estate. He became sick in the closing days of 1799 and, with wife Martha seated at the foot of his bed as preparations for his funeral were discussed, he whispered, “’Tis well,” and was gone.

President #2, John Adams, had ironic last words. He and the man who followed him, Thomas Jefferson, were bitter rivals. But they patched things up after their White House days and even became friends. At age 90, Adams passed away at 6:20 p.m. on July 4, 1826, the 50th anniversary of the signing of the Declaration of Independence. His final comment: “Thomas Jefferson survives.” He had no way of knowing Jefferson had died in Virginia that very morning.

President #5 also had a predecessor on his mind when he passed away. James Monroe said, “I regret that I should leave this world without again beholding him.” He meant president #4 and his best friend, James Madison.

William McKinley was shot by an assassin. He knew his time had come in 1901 when he said, “Goodbye, all, goodbye. It’s God’s way. His will be done.”

James Garfield was also shot. He struggled with the injury and subsequent infection for 79 agonizing days before finally asking his doctor, “Swaim, can’t you stop the pain?”

Benjamin Harrison’s parting words were about his late wife. “I know I am going where Lucy is.”

A touching tribute to true love came in the last words of James Knox Polk, spoken to his wife. “I love you, Sarah. For all eternity, I love you.”

For sheer mundaneness, it’s hard to beat the utterly mundane Millard Fillmore, commenting on some soup he had just been fed. “The nourishment is palatable.” (Not exactly the line you’d like chiseled on your marble monument.)

“Silent Cal” Coolidge called, “Good morning, Robert” to a carpenter working at his house just before having a heart attack.

In fact, a surprising number of presidential last words came from commanders-in-chief who didn’t know their demise was imminent. The man who gave the world the Gettysburg Address’s moving prose had a ho-hum last line. As everyone knows, Abraham Lincoln was shot while watching a play at Ford’s Theatre in Washington. When he took his wife’s hand, she playfully asked what the young lady sitting in their box would think of his breach of Victorian etiquette. “She won’t think a thing of it,” he spoke for the last time.

Likewise, John F. Kennedy answered a question with his last words. As his motorcade passed through cheering crowds, the wife of Texas Gov. John Connally said, “You certainly can’t say that the people of Dallas haven’t given you a nice welcome, Mr. President.” JFK replied with a smile, “You certainly can’t.”

The man who held the office longer than any other, Franklin Roosevelt, was sitting for a portrait when he suddenly complained, “I have a terrific headache,” and slumped over from a cerebral hemorrhage.

Those who made it to old age sometimes endured ill health at the end. Dwight Eisenhower, who had suffered a massive heart attack while president, was ready. “I want to go. God take me,” he said.

Lyndon Johnson, another heart attack survivor, felt pains one afternoon at his Texas ranch. “Send Mike immediately,” he cried. But by the time his Secret Service agent arrived, LBJ was gone.

The two Andrews from Tennessee, Jackson and Johnson, both left urging their children to be good.

We don’t know the final words of seven presidents. They either were not recorded, or the family chose not to share them.

But those that were written down reveal how at that most personal of moments, the men who led our nation were just like the rest of us. Totally human.

Theodore Roosevelt had the most succinct last line of all. Teddy was turning in for the night on January 5, 1919, when he told his servant, “Please put out the light.” He died in his sleep from a blood clot a few hours later.