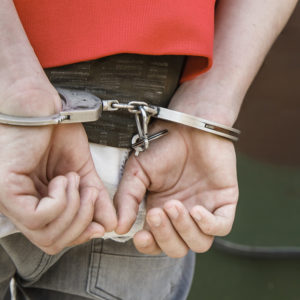 Posted to Politics November 20, 2020 by NHJOpinion

The 2018 change to New Hampshire’s bail law (Senate Bill 556) made defendants’ bail based on their ability to pay — rather than risk of not returning to court — and significantly contributed to the increase of the tent encampments we witness today, because the drug addicted and mentally ill law violators are not held to receive treatment and have nowhere else to go.

The argument of impassioned advocates of Senate Bill 556 made comparisons to debtor’s prisons of old. The success of their emotional plea has swollen the indigent numbers and kicked community addiction support services out from under them.

Once again the law of unintended consequences pounced for a statute not adequately thought through.

The Legislature needs to return to a sensible bail law and stop the slide of our cities into mental illness and drug abuse nightmares. Seeing the increasing tent population in wooded areas just off New Hampshire’s roads, under bridges — and now on the courthouse lawn — begs the question, “Why?”

The previous four decades have seen far worse economic conditions than today but without this number of tents. The problem was growing before COVID-19. It was growing because of opioid abuse; the growth increased noticeably in 2019.

Today in New Hampshire the problem looks as bad as in metropolitan cities.

Is there something we can do about this growing problem? Prior law enforcement contact has confirmed the tent-dwelling population typically has trouble organizing their lives due to mental illness, or finances that are drained by drug addiction.

About half those who are drug addicted also have mental illnesses. The situation is unrelated to the ups and downs of the housing market and the cost of rent. Living with others in the same situation evidently builds a community based on familiarity and comfort despite the occasional dangers.

Intervention is needed to restore these human lives — but New Hampshire has drifted from what is needed.

The resources to help are available but a person living in a tent is someone usually not willing to accept help. Prior to Senate Bill 556 the courts used their leverage to start defendants on their way to recovery.

New Hampshire’s Drug Court insists a defendant participate in drug treatment in order to avoid prison. The court recognized a drug addict could not give up drug use without the threat of something they fear more — or the offer of something better.

Intervention programs are waiting to take advantage of the moment a drug user breaks the law and gets arrested. When in mental health courts, defendants are required to cooperate with mental health practitioners to avoid jail time.

By removing the possibility of jail, New Hampshire’s 2018 bail law eliminated incentives for drug addicts to get sober and the mentally ill to get treatment. The N.H. ACLU sold the Legislature on the fallacy that poor N.H. citizens were held in jail while wealthy citizens walked for the same offense.

In fact, before SB 556, New Hampshire judges used whatever amount of money (greater for the rich, less for the poor) that would incentivize the defendant to return. The SB 556 proponents pushed the statute requiring a judge to set a bail low enough that the defendant can pay, regardless of risk of defendants disappearing.

Apparently, it did not occur to proponents that a person with no money at all is not just poor but likely has an underlying disorder. That disorder causes them to not pay attention to our justice system’s need for their future court appearances. The new bail law has resulted in arrest and subsequent release within a day without getting help for an underlying problem.

Law enforcement with limited resources must lower the priority of dealing with street dwellers when police realize that a defendant will receive no help after an arrest and will likely resume prior behavior. This is what happened in Seattle, San Francisco and Los Angeles.

Offenses like loitering, petty theft, camping on public property, public defecation and the like become de facto legal because the laws are not enforced.

When New Hampshire law enforcement complained, the Legislature earlier this year allowed that something called “bail” would return, but required the state to pay it for defendant’s without resources. The consequences are the same as the original Senate Bill 556.

We see this growing problem in New Hampshire’s cities and it is the predictable consequence of the same policies that plague those West Coast cities. The destitute will not return to useful dignified lives if not treated for the problems that cause them to live in tents and have drug episodes on our city streets.

To give our destitute fellow citizens that intervention, we need to have a court system with the power and will to impose it. Before destroying the bail system we had a corrections system ready to provide the care.

The failed bail law pulled the rug out from under a helpful system.

The Legislature now has the opportunity to correct the mistake of Senate Bill 556 — and its 2020 tweak — thereby reversing the growing human tragedy we witness on our city’s streets and public spaces.

Dennis Hogan is a former Hillsborough County Attorney and NH Legislator from Nashua.