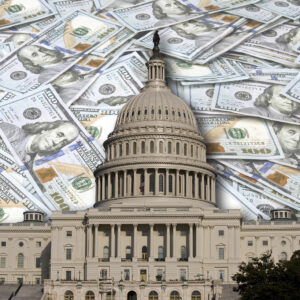 After two long years of pandemic-driven lockdowns that rocked small businesses all over the Granite State, we see the potential for New Hampshire’s economy to recover to pre-pandemic levels. Nevertheless, notable obstacles remain on the road to recovery. The United States is currently dealing with a 40-year high of inflation, while the consumer price index has ascended to 8.6 percent, and ongoing supply chain disruptions have caused extended delays. This phenomenon is becoming more pressing by the day.

After talking with groups of small business owners here in New Hampshire, the last thing they need is the risk of a tax increase. They have fought tremendously hard to stay afloat during these ominous times. Sen. Maggie Hassan has an exceptional track record of fighting for New Hampshire small businesses during her first term in the U.S. Senate. Now more than ever before, we need her full support in voting against any proposed tax increases.

Currently in the hallways of Capitol Hill and the White House, lawmakers are devising a pared-back version of their Build Back Better agenda. A key component of those hush-hush meetings between political allies is how they will pay for it. Rumors have been circulating that the Biden administration is considering raising the corporate tax rate to fund its plan, which would cost upwards of $2 trillion dollars. Luckily, Hassan has built a reputation for her formidable efforts in working across the aisle to cut taxes and wasteful spending, and not for raising taxes on taxpayers’ hard-earned dollars. If Washington’s tax and spend plan does come to fruition, it would have a negative effect on New Hampshire’s business capital, which is greatly needed to rehabilitate the state’s economy.

During this time of historic inflation and ongoing supply chain disturbances, the last thing consumers need is another price increase via corporate tax rates. Over the past year, New Hampshire has reduced the local unemployment rate to 2.1 percent, ranking the 4th lowest in the country. The state population also grew to 746,100 as of May 2022 – an increase of 13,800 since December 2021. The average wage of the state’s workers increased by $1.26 an hour, or 4 percent, since last year. Although these are all positive metrics for workers in the state, it does not shield them from the pains of economic uncertainty. New Hampshire has seen an increase of 7.5 percent in the cost of goods and services over the past year. Even though more residents are employed, and earnings have risen, wage growth is not rising faster than inflation. The burden of consumer prices and a backed-up supply chain will continue to be felt by Granite Staters.

I appreciate the independent leadership Sen. Hassan has shown in the past in representing our great state. It is important now more than ever for her to keep up the judicious work and oppose tax increases. Now is not the time to increase taxes while our country is facing record inflation, supply chain disruptions, and ongoing economic uncertainty.

Jane Hinkle operates the Tea Rose Inn, located in Plymouth, NH, with her husband, Frank. www.TeaRoseInn.com. She wrote this for NHJournal.com.