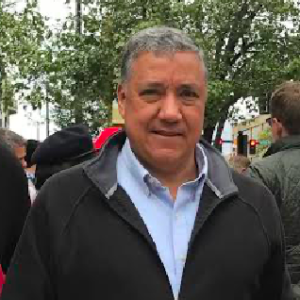 “I want to represent the New Hampshire Republican Party [at the RNC] and reflect the values and the policies of our state party as represented by our platform,” Ager said. “I also want to support the Republican Party’s policy objectives, support our President at the national level, and our governor at the state level.

Ager, a West Point grad with a degree in mathematics, is a program director at BAE Systems and he’s been on the NHGOP platform committee since 2018. He touts his organizational and fundraising success at the county level as a sign he’s ready for the RNC Committeeman position.

“In Hillsborough County, with the help of some great people, we’ve been able to organize the entire county at the grassroots level. And we’ve doubled our fundraising this year over any previous year that anyone’s aware of.

“I’ve got the time, I’ve got the energy and I’ve got the focus. I would love to represent New Hampshire at the national level and build on the successes we’ve had there,” Ager said.

Many New Hampshire Republicans credit that success to the incumbent National Committeeman, particularly when it comes to protecting New Hampshire’s First in the Nation primary. And Duprey told NHJournal that defending that primary is the central focus of his re-election bid.

“Bill Gardner has been absolutely masterful over the years in fending off challenges from other states,” Duprey said. “But the fact is the national parties could kill our First in the Nation primary with a single rule change. That’s why I’m on the RNC’s Presidential Nominating Process Committee. New Hampshire and Iowa have made it a priority to have people on that committee. It’s a huge value having someone there with seniority and with the respect of the RNC members.”

Which is why making a change presents inherent risks, Duprey argues. “It’s highly unlikely that any freshman committeeman would be able to get a seat at that table,” he says.

Most rank-and-file Republicans aren’t aware of what the National Committeemen and Committeewomen do, which is how it’s supposed to be, says former NHGOP chair Jennifer Horn.

“For most states, it’s mostly just about fundraising and schmoozing,” she told NHJournal. “But because of the primary, it’s different for New Hampshire. And protecting it is an ‘All hands on deck’ job.”

Horn, who isn’t backing any candidate in the committeeman race, echoed the opinion of many NHGOP insiders that Duprey has done an outstanding job on the presidential primary front.  Ager agrees, but argues that this is the right time to make a change that is inevitable.

“I first started looking at this race a couple of months ago because I heard Steve might not run. We do need to protect the primary, and this is a perfect time to make the transition. His term doesn’t end until after the inauguration [in 2021], so we could have two great guys working together in advance to protect the primary for 2024.”

Ager says there’s another strategy for protecting New Hampshire’s First in the Nation status: “By helping President Trump get re-elected, and by making sure he wins New Hampshire. What better way to keep New Hampshire out front?”