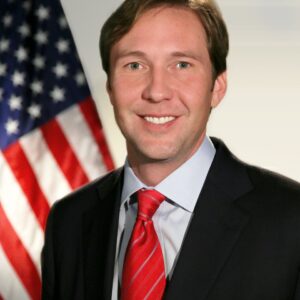 HICKS: New Hampshire’s Fair and Free Elections Are Under Attack

Posted to Politics April 19, 2021 by NHJOpinion

Our fair and free elections are under attack, and the sad truth is, some of New Hampshire’s own elected officials are waging the war. I joined Granite Staters in Manchester last week to oppose the massive federal overreach staged in H.R. 1 by Democrats nationwide, including New Hampshire’s U.S. Senators Maggie Hassan and Jeanne Shaheen. Complete disdain for the will of the people is perfectly clear by Senators Hassan and Shaheen, who not only vocally support but co-sponsored H.R. 1. This legislation is a sweeping power grab by a Democrat-controlled Congress attempting to federalize state and local elections in New Hampshire. The bill sets a dangerous precedent and ultimately is a reckless stunt by Democrats to make gains in the short-term while our country loses big in the long term.

My trip to New Hampshire was part of a nationwide push by the Republican National Committee to oppose H.R. 1. If passed, it would federalize elections and weaponize the Federal Election Commission, handing over the power of elections to a five-person, partisan-controlled panel of bureaucrats who are not responsible to the people and far removed from the states. From the Democrats’ flawed mail-in voting system to stripping states of the ability to uphold their own voter ID laws, H.R. 1 at its core is a massive federal overreach and abuse of power by Joe Biden and the Democrat Party.

Make no mistake, H.R. 1 completely disregards New Hampshire’s centuries-old track record of responsibly holding elections and ushers in a new era of federally-run elections. The Granite State was proudly formed before our country was founded, and while I may not be from New Hampshire I can confidently say that the people of New Hampshire know how to run their own elections and they should maintain the right to put in place the procedures that serve them best. In fact, New Hampshire’s Secretary of State Bill Gardner – a lifelong Democrat – has vocalized strong opposition to the bill’s “federal meddling.” State and local officials do not need “Big Brother” behind the curtain pulling the puppet strings. Whether it’s in Texas, New Hampshire, Iowa, or elsewhere, our elections cannot function through a one-size-fits-all approach.

H.R.1 is bad news, and it has Maggie Hassan’s name written all over it. New Hampshire families have not forgotten that Senator Hassas previously announced her intentions to seek another six years of representing the people of the Granite State. Her soon-to-be failed 2022 re-election campaign begins with H.R. 1. She ignored her constituents who gathered at her office last week and she continues to ignore the voices of countless others who have very real concerns over H.R. 1. Senator Hassan’s blind allegiance to the national Democrat Party’s attempted power grab through H.R. 1 has rightfully attracted bipartisan disapproval. Granite Staters who oppose this unconstitutional, destructive legislation shared the sentiment of Americans nationwide — H.R. 1 is bad for New Hampshire and it’s bad for America.

Democrats know the American people do not support the egregious federalization of elections they are attempting through H.R. 1. That’s why Democrats are shamelessly considering ending the filibuster in an effort to ram H.R. 1 through the United States Senate on a pure party-line vote with only 51 votes.

The passage of H.R. 1 would enact massive overreach by the federal government and Washington, D.C., and that is the last thing our country or New Hampshire needs right now. The legislation is far beyond any definition of mainstream and Senate Democrats – including New Hampshire’s Senator Hassan — should swiftly reject this gross attempt at a federal power grab.

Tommy Hicks, Jr. is the co-chairman of the Republican National Committee.