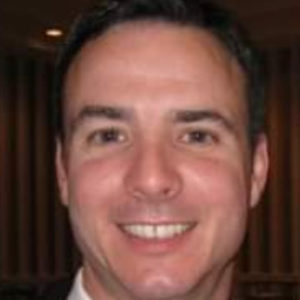 Posted to Politics October 29, 2020 by NHJOpinion

The United States is entering the final stretch of one of its most turbulent election years in recent history.

In the next few days, Manchester will take the spotlight as Donald Trump Jr. gears up for a rally that will surely be one of the last major political events in New Hampshire prior to November 3rd. One topic he should be sure to discuss is the ongoing trade war with China and the harmful impact that it is having on our state’s economy.

While the trade war topped the headlines in early 2019, the issue has taken a backseat since the outbreak of COVID-19. However, it is not lost on the American people that tariffs are a tax that they pay. And to make matters worse, they are an added cost that many businesses cannot afford in the middle of a pandemic.

I strongly believe that every American, no matter their political affiliation, agrees that it’s long past time the United States stand up to China.

China has continually been a bad actor on the international stage, and stories of them stealing American intellectual property, technology and manipulating their currency have become a common occurrence. While we agree with the administration’s arguments, we do not agree that tariffs are the best policy to address these issues.

The administration did negotiate a Phase One Trade Deal with China to start the year, however, when taking a closer look, it is clear that China has not owned up to its side of the deal. Of the $142.7 billion in American exports that China is obligated to buy under the Phase One Trade Deal, they had only fulfilled $33.1 billion in the first half of 2020. The deal also did nothing to address the harmful tariffs imposed by both the U.S. and China.

New Hampshire is no stranger to the harmful impact of tariffs, having paid $111 million in additional taxes because of the president’s trade war. Nationally, Americans have paid over $68 billion in tariffs, and to add insult to injury, over 22 million Americans lost their jobs between March and April, wiping out nearly a decade of employment gains and forcing the U.S. economy to shrink nearly 33 percent.

China, in comparison, recently posted 4.9 percent economic growth in its third period, keeping it on pace to be the only major global economy to expand during the COVID-19 pandemic.

COVID-19 has weakened the American economy and tariffs are an added barrier that impedes our recovery, making it more critical than ever for President Trump to pledge to end the trade war.

The trade war has impacted thousands of American businesses, manufacturers and farmers, and battling both tariffs and a global pandemic is a two-front war that is impossible to win.

As we head into November, Americans are keeping close tabs on each candidate and will be sure to cast their ballot for the one who holds their best interests at heart. By taking this pledge to remove tariffs and end the trade war, President Trump or Vice President Biden could secure a key voting bloc of farmers, business owners and consumers in New Hampshire and across the country.

Chris Fernandez is a Republican activist in Belknap County.