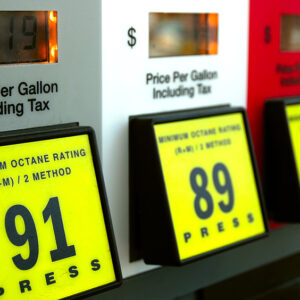 As someone who’s been critical of Joe Biden, I’m going to give him credit here, this is a good move by the White House. They finally got something right that’s going to be well received by the voters. The same for Maggie Hassan, who’s running for re-election as a Democratic U.S. Senator — she’s been consistent on suspending the gas tax until the fall.

You may not agree with her. The Republicans running for U.S. Senators don’t agree with her. But with all due respect, you can’t just say it’s a ‘gimmick’ when you don’t have an answer for lowering gas and energy prices. What are you specifically proposing?

You may not like it, but Sen. Hassan’s going to get a checkerboard move ahead of you in the public perception of this race. Because energy prices are the number one issue. And so anything that lowers gas and oil prices — anything at all —  going into the summer’s busy travel period, you win.

Now, I’m not saying Sen. Hassan wins the race, but on the checkerboard of a campaign season, you have to give credit where credit is due. You also have to give credit in the First Congressional District to Rep. Chris Pappas, the incumbent Democrat who’s been calling for a suspension of the federal gas tax, too.

I think the Republicans have fumbled on this one. At the national level, Republicans should have come out three weeks ago and had a press conference in Congress, or maybe with President Donald Trump, because he can talk about energy independence.

Two years ago, we were energy independent. Two years ago, we were producing 2 million more barrels of oil a day domestically than we are today. And oil prices were much lower at the time. People keep saying, ‘Oh, it’s all about price gouging and record profits.’ Well, two years ago, they produced two million barrels. More oil with lower prices.

My point is to give credit to Biden for calling for suspending the federal gas tax until the fall. It’s going to go over well with the American consumer, and at a time when they think the president is tone-deaf to their frustration at the pump. If Republicans just want to call it a gimmick, fine. You lose.

Even Gov. Chris Sununu says he’s in favor of suspending the state gas tax for a few months over the summer because of gas prices.

So, if you want to call it a gimmick, Republicans, you need to come out with your own plan to lower long-term energy costs in America. Where is your plan for fracking? On expanding federal leases and permits? On offshore drilling? On restoring the Keystone XL pipeline?

You can say a gas tax suspension is not good legislation or it’s not a good long-term solution. But the problem is Americans don’t have a ‘long term’

They’re getting screwed every time they go fill up the car with gas.