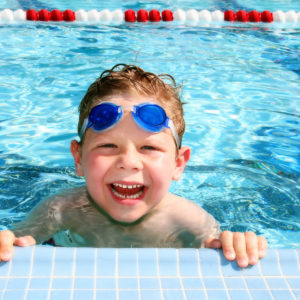 It’s hot out, the kids are itching to go swimming and officials at the U.S. Centers for Disease Control and Prevention say there is no evidence that COVID-19 can spread to people through water that’s chemically treated.

So, why are public pools still closed in so many places?

In New Hampshire – where school is over for the academic year and the economy is reopening – officials in the state’s three largest municipalities, Manchester, Nashua and Concord, have made the decision to close their public pools for the summer.

The public relations administrator for Nashua’s Division of Public Works explained on Monday why they made the “incredibly difficult decision” to close their three outdoor pools last week.

“We really held out for a while because we wanted to open the pools for the residents, but after talking to multiple departments, including public health, we didn’t know how to do it safely,” Lauren Byers said.

Byers said they had too many questions when it came to limiting capacity and social distancing at their popular pools.

“We’re talking about hundreds of kids in a small, enclosed area, shoulder to shoulder, laughing,” Byers said. “It was tough. How do you kick people out of the pool, and what about those kids that spend a good chunk of their day there, every day?”

Health Officer Kim McNamara told councilors last week that since reported numbers of COVID-19 have declined in the Seacoast city, they might be able to consider a plan which limits the number of swimmers to 50 people at a time.

Swimmers will also have a limited amount of time in the water. The current suggestion is one-hour increments with half an hour breaks in between.

Showers and changing areas will not be used, McNamara said.

“Providing there is good weather, this will allow 1,750 bathers a week to enjoy the outdoor pool if the city council approves of putting that expense back into the budget,” McNamara told councilors.

Local New Hampshire officials are not alone in making tough calls about closing public pools as the days heat up.

In neighboring Massachusetts, which is part of the epicenter of the COVID-19 pandemic in America, many municipalities are opting to keep the pools closed, despite the fact that daily temperatures are in the 80s and 90s.

On Monday, The Boston Globe reported that officials in the town of Lexington chose to keep their pools closed this summer. Other municipalities are actively developing plans to open but are unsure of when they can allow swimmers back, according to the newspaper.

States do have a large say in what municipalities can chose when it comes to opening their public pools for the season.

It is estimated by the swimming news organization SwimSwam that 10 states have limited public pool capacity to 50 percent.

In Massachusetts, public pools are allowed to have 40 percent capacity.

Colorado and Texas are limiting capacity to 25 percent.

Delaware officials have limited capacity at public pools to 20 percent and no swim lessons or team practices are allowed, according to SwimSwam.

The concept of keeping public pools closed for swimming lessons does not sit well with the executive director of The ZAC Foundation, which was co-founded in the honor of 6-year-old Zachary Archer Cohn who died after his arm became entrapped in a pool drain.

Megan Ferraro is the executive director of the foundation, which is located in Fairfield, Conn. They work with Boys & Girls Clubs of America to help kids develop their swimming abilities and ensure the safety of children around bodies of water.

“If children don’t have access to water safety classes, they won’t have the opportunity to learn how to swim. We worry. We worry especially about those children near areas of open water, like ponds and lakes and rivers, where because town pools won’t be reopening, children will look for unguarded areas of open water to cool off” Ferraro said on Monday.

The Zac Foundation is one of more than 20 water safety and competitive water sports organizations which have come together to launch the Aquatics Coalition to help guide states and municipalities across the country in reopening swimming facilities for instructional aquatics.

The Aquatics Coalition in Colorado Springs, Colo., has developed a series of best practices based upon guidance from the U.S. CDC. They have shared this information with the governors and city leaders throughout the country.

Shana Ferguson, chief commercial officer of USA Swimming, said they applaud public health professionals and policy makers. Ferguson said they want to be a part of the solution.

“The Aquatics Coalition is bringing together some of the best minds in water sports to identify and share best practices to minimize the risk of COVID-19 transmission in natatoriums and outdoor venues, while allowing a safer, phased re-entry into the pool,” Ferguson said in a statement.

Top tips from the Aquatics Coalition include measures for both outdoor and indoor pool facilities and include closing locker rooms and public drinking fountains, having staff working in “pods” to prevent exposure to COVID-19 and limiting the number of parents or guardians per child at the swimming facility.