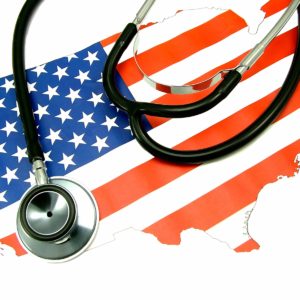 What Does the GOP Health Care Bill Mean for N.H. Residents in the North Country?

With the American Health Care Act moving to the U.S. Senate, some New Hampshire Republicans are cheering as the bill makes its way through the legislative process. Yet, for some Trump supporters in the Granite State, especially in the North Country, they might not be too happy with its current version.

Despite still having some concerns about the AHCA, Gov. Chris Sununu said on Thursday that he was glad the bill passed the Republican-led U.S. House of Representatives.

“Failure to reform our health care system is not an option,” he said. “It is critical that we keep this conversation moving forward. My concerns with the AHCA remain firm and I expect that the United States Senate will take those concerns into consideration as they work to improve our nation’s health care system.”

Before the House passed the bill on Thursday afternoon, Sununu and 15 other governors sent a letter to House Speaker Paul Ryan reiterating their support for the Obamacare replacement and asked for states to have more flexibility when it comes to Medicaid.

It’s a similar letter Sununu signed on to earlier this year when the U.S. House tried to repeal and replace the Affordable Care Act the first time. In a Friday interview with the Concord Monitor, he applauded the passage of AHCA, but said he still had issues with the current version.

“I love the idea that Congress is taking action, the president is taking action,” he said. “They’re listening to the American people and they’re moving the ball forward. In it’s current form, I still have a lot of concerns, there’s no doubt. But we are moving it forward, and more important than anything is the need to reform the health care system right now that has failed the American people.”

It’s a different tone than he had in March, when he said the first version of the bill didn’t give states flexibility and would hurt New Hampshire’s expanded Medicaid program, which had bipartisan support.

“The bill that’s been proposed in Congress gives us concerns on a lot of different levels, to be very blunt about it,” Sununu said at a March press conference. “What I’m seeing in Washington gives me a lot of pause for concern to be sure, not just on the Medicaid expansion front, because that would drastically affect New Hampshire, but just on the mandates that are coming out of it.”

As expected, all of New Hampshire’s Democratic congressional delegation is opposed to the GOP-led plan. U.S. Reps. Carol Shea-Porter and Annie Kuster voted against the bill. Critics slammed the bill for potentially making millions lose health care and making it harder for people with some pre-existing conditions to find affordable insurance.

“This bill is a significant step backwards on the commitment to ensure coverage and we cannot support it,” he said. “We will continue to work with Congress as this bill moves over to the Senate to ensure that any final legislation to repeal and replace the Affordable Care Act improves our health care system in a thoughtful and responsible way, rather than dismantling coverage for our most vulnerable residents.”

President Donald Trump campaigned aggressively on repealing Obamacare and lowering premiums. However, according to recent analysis, it appears premiums would significantly increase for older Granite Staters.

Many critics point out that the Trump-approved health care bill would negatively impact the people who voted for him. This holds up when using Coos County as an example.

Coos County overwhelmingly voted for Trump over Democrat Hillary Clinton by 52 to 43 percent, respectively. There is a large number of residents who are aged 65 and older in the North Country and the average household income is about $42,000, according to U.S. Census Bureau data. Those residents could fare worse under the AHCA plan than under the ACA.

In a Granite State Poll released Monday by the University of New Hampshire Survey Center, Trump’s approval rating in the state has remained steady at 43 percent. It’s the same rating he had in February. Republicans also still overwhelming approve of the president at 83 percent. Survey results from the North Country showed a statistically insignificant change.

It will be interesting to see over the next few months if residents in the North Country, especially those who voted for Trump, change their support. Nationally, it seems his base is sticking with him so far. Now, the U.S. Senate will now take over the AHCA bill and reports suggest the chamber will overhaul the legislation, making it different from the House version. The health care debate in Washington is far from over, leaving how it will ultimately impact New Hampshire a mystery for now.