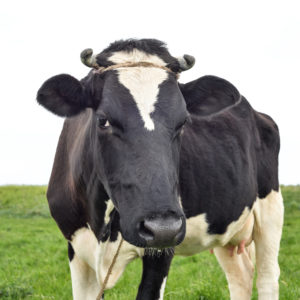 Have Democrats Declared a War on New Hampshire Cows?

Is your cheeseburger an endangered species?

Reports of the death of America’s beef and dairy industries at the hands of the Green New Deal (GND) may be exaggerated, but both farmers and their Philly steak ‘n cheese eating fans have reason to be concerned about policies embraced by progressive Democrats.

Claims by some opponents of the #GreenNewDeal that it would mean an end of the cattle industry in America are inaccurate—for the simple reason that the GND doesn’t offer any specific policies. The legislation actually filed by Rep. Alexandria Ocasio-Cortez (D-NY) and Sen. Ed Markey (D-MA) is merely a resolution declaring general goals and directions, not specific laws and regulations. On this issue the resolution  merely calls for “working collaboratively with farmers and ranchers in the United States to eliminate pollution and greenhouse gas emissions from the agricultural sector as much as is technologically feasible.”

However, the FAQ handout from Rep. Alexandria Ocasio-Cortez that originally accompanied the proposal was much more aggressive and, many farmers fear, far more accurate about the GND’s goals.

It demands a “a greenhouse gas free food system,” and bemoans the fact that GND doesn’t call for an end to all GHG emissions because “we aren’t sure we can get rid of farting cows and airplanes that fast.”

Supporters of AOC, as Rep. Ocasio-Cortez is known, argue that this FAQ document was mistakenly released, a work in progress, and doesn’t reflect the immediate goals of the Green New Deal effort. However, what’s undeniable is that cows—and their gaseous emissions—are in the crosshairs of the climate change activists’ agenda.  They have to be.

If advocates of the Green New Deal are serious about getting close to zero emissions, or even a net-zero target using offsets, they have to confront the amount of greenhouse gases coming from livestock. In the US, agriculture is responsible for about 9 percent of our emissions. But according to the United Nation’s Food and Agriculture Organization, livestock worldwide account for 14.5 percent of global greenhouse gases. That’s more than the entire transportation sector (14 percent).  Plus, climate activists argue that methane—the gas emitted by cows—is more dangerous than carbon dioxide, trapping up to 28 times more heat.

It’s simply impossible to move forward on the GND agenda without a drastic impact on cattle-intensive industries like beef and dairy.

And so Rep. Earl Blumenauer (D-OR) has legislation targeting concentrated animal feeding operations (CAFOs) for the alleged damage they are doing to the climate.  “I want to talk about the impact that CAFOs have on the environment and what we can do to mitigate it,” said Blumenauer. “We shouldn’t be incentivizing them through programs like the Environmental Quality Incentives Program; we should be forcing them to pay for the damage they cause to the environment and public health.”

And New Jersey Senator Cory Booker—a #GreenNewDeal supporter and candidate for president– stated flatly that the “devastating impact” of emissions from the meat industry must end.

The media are downplaying the potential impact on the agricultural sector from the Democrats’ newest policy initiative, accusing Republicans of exaggerating the case or conflating idealistic goals with realistic policies. But ranchers and farmers have gotten the message.

“You may think the #GreenNewDeal is some far out nutcase dream, but if you’re involved in agriculture you’d better view it as a threat to your entire way of life,” Texas rancher Casey Kimbrell tweeted.

Sara Place of the National Cattleman’s Beef Association says the Green New Deal “highlights the large divide between people that are interacting with the environment and growing food every day, and those that are concerned about environmental issues, but ignorant.”

And Kansas cattle rancher Brandi Buzzard Frobose has written an open letter to Rep. Ocasio-Cortez explaining that American ranches  “are producing beef in the United States more sustainably and efficiently than ever before – did you know that the U.S. produces nearly 20% of the world’s beef with only 9% of the world’s cattle?

“I beseech you to please have a conversation with your constituents and colleagues that have an agriculture background,” Frobose writes. “Cows are not the problem.”

But Rep. Ocasio-Cortez, who represents Queens, New York, doesn’t have a lot of “constituents with an agricultural background.” Neither do many of the congressional co-sponsors of the GND who are from urban districts, like Rep. Ayanna Pressley of Boston and Ted Lieu of Los Angeles.  Ag jobs just aren’t a key part of their constituency.

For the Democrats running for president, however, the math is very different.  Iowa, New Hampshire and South Carolina all have significant agricultural interests.  According to Katie Olthoff of the Iowa Cattlemen’s Association, Iowa has the seventh largest inventory of cattle in the U.S. and “more feed yards than any other state.”

“We have a lot of relatively small ‘feeder farmers,’ as we call them,” Olthoff says, as opposed to the larger operations environmentalists tend to focus on.

At the Iowa State Dairy Association website, board president Larry Shover quotes a study reporting that Iowa’s 1,200 dairies – and 213,000 dairy cows—have an economic impact of over $4 billion dollars per year.

In New Hampshire, dairy products are a $50 million market and the single largest agricultural commodity in the state.  The dairy tradition is such an embedded part of the Granite State’s story that the industry promotes the “Ice Cream Trail” featuring local dairies and shops from Nashua up to the Great North Woods.

And the official state beverage of South Carolina?  Milk.

Still, virtually every nationally-known 2020 Democratic candidate has endorsed the #GreenNewDeal.  That’s going to present some interesting political calculations for Democrats in a 10-way  (or 15 or even 20-way?) race for their party’s nomination.

Even if the number of farmers in these early states is relatively small (fewer than 2 percent of Americans actually work on a farm), their effects on the economy are felt much more broadly. In addition, as support for the ethanol subsidy in Iowa over the decades shows, many voters have an emotional connection with their state’s farmers that gives their issues an outsized political impact.

“Iowa’s farms are family farms,  and so when Washington talks about America ‘getting out of the cattle business,’ it’s not just a job. It’s a family,” Olthoff told InsideSources.

“About 10 years ago, my husband and I made a huge investment in order to farm years ago. Our dream was to be able to raise our kids on a farm, to live in rural Iowa, to live this lifestyle. When I hear about proposals and regulations that threaten us, I do get emotional,” Olthoff said.

“This isn’t about shutting down an industry. It’s about a way of life.”