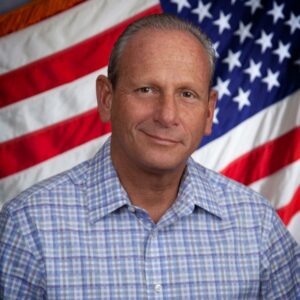 An internal Hassan campaign memo allegedly leaked to Axios quotes the incumbent senator’s campaign manager warning Democrats that their party is in real danger of losing this U.S. Senate seat to her Republican challenger.

“In many ways, our campaign is dealing with the worst of both worlds,” wrote campaign manager Aaron Jacobs. “While many Democrats are not taking Don Bolduc seriously, national Republicans are spending tens of millions on his behalf.”

Jacobs also concedes the legitimacy of a longtime GOP complaint: The polls are biased against Republicans.

In a section headlined “The Public Polling is Wrong — Again,” Jacobs writes, “The polls are sugar-coated for any Democratic candidate. Democrats learned this the hard way in Maine last cycle, where pollsters continuously found a big lead for the Democratic candidate.” (Sen. Susan Collins [R-Maine] was re-elected in 2020 despite not a single poll showing her with a lead and some polls showing her behind Democrat Sara Gideon by double digits.)

“You should be leery of any public polling showing Sen. Hassan leading this race outside the margin of error,” Jacobs wrote. “Our own internal polling shows that Don Bolduc is quickly consolidating the Republican base and is rapidly making up ground against Sen. Hassan. While many public polls still show Bolduc only getting 80 percent of the Republican base, our own polling shows that he will get the 90+ percent of Republicans that is typically the case for a GOP nominee — and is therefore well on his way to making this a tied race.”

Which is why, Jacobs concludes, “in a politically volatile and swingy state like New Hampshire, it will take significant investment again to prevent a Republican from winning this seat in what is an incredibly challenging national environment for our party.”

Not surprisingly, the Bolduc campaign liked what it read.

“After millions of dollars spent lying about Gen. Bolduc’s record, Sen. Hassan’s campaign has conceded the obvious: her pathetic and desperate attempts to shift the conversation from her abysmal record in the Senate aren’t working,” said Kate Constantini, Bolduc for U.S. Senate campaign spokeswoman. “Her lies about abortion and Medicare have fallen flat, and this race remains a jump ball. No wonder she is avoiding town hall meetings and ducking debates.

“Sen. Hassan has failed the people of New Hampshire and now those chickens are coming home to roost.”

Interestingly, a new poll from Suffolk University hit the same day as this memo. It found Hassan with a solid 50-41 percent lead over Bolduc. Perhaps more significant, her favorable rating has risen to 48 percent, the highest she has registered in at least a year. There has not been a public poll since the primary showing Bolduc with a lead in the race.

That fact, and the repeated mention of the need for “resources” has convinced some GOP strategists that the “memo” is not a memo at all, but a fundraising document designed to panic Democrats enough to get them to reach for their checkbooks. Hassan is not really worried about Bolduc, she is working her donors.

That was the takeaway from GOP strategist Patrick Griffin.

“In other words: ‘We hope national Dems don’t abandon us! We’re in a tough fight here and if they stop sending money, we could lose! Just remember whose fault it will be!”

Former NHGOP strategist Alicia Preston Xanthopoulos has her suspicions as well. “Are they actually worried, or is this just a way to motivate people to get more donors or give more money?”

Former Democratic Congressman Paul Hodes, who hosts a radio show on WKXL, is taking the warning more seriously. On the “memo vs. money” question, “I think it’s some of both,” he said.

“National Republicans have seen Hassan as vulnerable. Bolduc started with a flip-flop challenge and he’s on the wrong side of the abortion issue. That said, Hassan’s last race was tight and New Hampshire is famous for polling mind games. So their assessment of the polling is also accurate. It’s also a fundraising pitch.

And, Hodes added, “I’m gonna give her some more money!”

Veteran GOP strategist Jim Merrill said he sees a fundraising play at work but, like Hodes, he sees some legitimate reason for concern, too.

Griffin saw another concession from the Hassan campaign in the memo, too.

“The other message in this memo when you read between the lines. ‘We just hit this guy with $ million painting him as an anti-abortion woman hater and apparently, it hasn’t stuck!’ And, Griffin added, “Some voters may not be crazy about Bolduc, but at least he’s not Maggie Hassan. There’s a chance that could be enough.”

So, is this memo a prophecy of the Election Day to come?

“In the end, it’s a fundraising gimmick like every other email we get.”