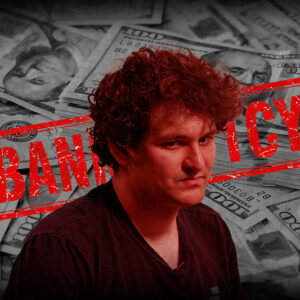 “A representative for Sen. Hassan did not respond to requests for comment.”

That’s from a MarketWatch report on the deluge of campaign dollars from indicted fraudster Sam Bankman-Fried to Sen. Maggie Hassan and other Democrats back on December 13. In the three weeks that have passed, Bankman-Fried has been extradited to the U.S., two of his co-conspirators (including his girlfriend) have pled guilty, and prominent Democrats like Sens. Kirsten Gillibrand (N.Y.) and Debbie Stabenow (Mich.) have pledged to donate their SBF funds to charity.

But not Hassan, who received $20,000 from the apparent scam artist; or the New Hampshire Democratic Party, which received a similar amount. Both Hassan and the NHDP were among the nation’s top recipients of what Manhattan U.S. Attorney Damian Williams calls “dirty money… used in service of Bankman-Fried’s desire to buy bipartisan influence and impact the direction of public policy in Washington.”

When asked about returning the money, both Hassan and NHDP chair Ray Buckley “did not respond to requests for comment” from NHJournal — or any other news outlet.

The scale of SBF’s Democratic donations is breathtaking. The 30-year-old, who’s currently in hiding in his parents’ home, gave nearly $40 million to Democratic politicians or organizations. He gave just $200,000 to the GOP. His donation strategy was part of something called the “effective altruism” movement. The premise is that political donations to causes popular with the media and cultural elites can help buy companies credit and improve their standing.

“We say all the right shibboleths and so everyone likes us,” Bankman-Fried said after the collapse of his company. He also claims to have donated to Republicans, but only to GOP organizations that aren’t required to disclose their donors. “Reporters freak the f*** out if you donate to a Republican, because they’re all super liberal. And I didn’t want to have that fight, so I just made all the Republican ones dark.”

In New Hampshire, the question is whether anyone will “freak” over Hassan and Buckley keeping SBF’s ill-gotten gains. The New York prosecutor has already asked that these dollars be given to the victims of Bankman-Fried’s scams. And NBC News reports most of the Democrats who’ve received these donations are returning or donating them.

And Rep. Brad Sherman (D-Calif.) has a warning for his fellow Democrats who took SBF’s money: Be prepared to return the money to investors.

“Under bankruptcy law, if somebody steals money and gives it to you, you could be completely innocent, but you got to give it back,” he said.