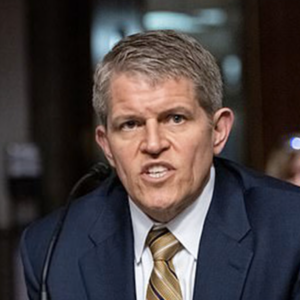 President Joe Biden’s nominee to head the Bureau of Alcohol, Tobacco and Firearms has such an aggressive record on gun control that he may not be able to muster 50 votes in the Democrat-controlled Senate. But he does have the support of New Hampshire’s Sen. Maggie Hassan.

Even David Chipman’s supporters for the ATF post acknowledge he’s a controversial pick. A 25-year veteran of the bureau’s firearm trafficking division, he’s spent the past nine years working for anti-gun organizations like Mike Bloomberg’s Everytown for Gun Safety. Until recently, he was a lobbyist for Giffords.org, the national gun control group founded in part by, and named after, former Rep. Gabby Giffords, herself the victim of a 2011 mass shooting.

“He’s a lobbyist for anti-Second Amendment groups and he’s completely out of the mainstream on gun issues,” Cam Edwards, editor of BearingArms.com told NHJournal. “I used to joke that President Trump should appoint someone like me to the ATF or FBI to protect gun rights. The difference is, Biden isn’t joking.”

And Chipman isn’t joking about his views on gun control. He’s an adamant supporter of banning some of the most popular and widely-owned guns in the country, like the AR-15. While Chipman was Giffords’ policy advisor, the organization urged mandatory gun licensing rules–an even more fraught proposal that gun advocates claim could lead to gun registries and potential seizures from government agents.

As National Review magazine notes: “It was no accident that Senate Majority Leader Chuck Schumer combined Chipman’s confirmation hearing with that of three other nominees, limiting questioning from senators to only five minutes. The former agent has a long history of hyperbolic claims and outright falsehoods.”

For example during a Senate hearing in May, meanwhile, Chipman suggested the government might define an “assault rifle” as “any semi-automatic rifle capable of accepting a detachable magazine above the caliber of .22,” a definition which, as Arkansas Sen. Tom Cotton noted, would “basically cover every single modern sporting rifle in America today.”

Senate Democrats are now scrambling to get the 50 votes they need for Chipman’s confirmation. Sens. Jon Tester (D., Mont.), Angus King (I., Maine), and Joe Manchin (D., W.Va.) have all expressed concerns about the nominees.

Not Hassan. She announced last week, even before it’s known if there will ever be a vote, she supports Chipman.

It’s an interesting move from a first-term incumbent in a state with one of the highest gun ownership rates in the country — not to mention the prospect of a challenge from popular GOP Gov. Chris Sununu in next year’s Senate election.

“By supporting David Chipman, Hassan is endorsing radical gun ownership restrictions and attacking outdoorsmen and women across the Granite State,” said NRSC Spokesman T.W. Arrighi. “This is the exact opposite decision an independent-minded legislator would make and it’s one of the many reasons Hassan will lose in 16 months.”

During his Senate hearing, the Wall Street Journal noted, “Chipman said he supports universal background checks and restrictions on assault weapons, though he repeatedly deflected when Republicans asked him to define assault weapon.” [emphasis added].

Like Chipman, Hassan has expressed longstanding support for an “assault weapons” ban. She signed on as co-sponsor for a gun ban bill in 2019. And, like Chipman, she has declined to explain precisely what the definition of “assault weapon” is, a major point of contention from Second Amendment supporters.

During the early days of the COVID crisis, Chipman urged governors to ban the sale of firearms — a move almost certainly in violation of the U.S. Constitution — out of fear of how gun owners might behave.

“If we can imagine how horrible this crisis is … the people who hoarded the guns might decide six months from now — once they see no zombies around but they’ve run out of tuna and beef jerky — that they need the money to buy food,” Chipman said.

He also  told Newsweek, “fear has been the motivation for much of the increases in firearms purchases” during the COVID lockdown, adding that “a small percentage of the marketing to gun owners has been to encourage preparation for end times scenarios and zombie apocalypses.”

During Chipman’s contentious confirmation hearing in the Senate Judiciary Committee, the ATF nominee insisted his years as a gun control activist would have no bearing on his performance as the man overseeing firearms regulations and the gun industry. Even his most ardent supporters are unlikely to believe such a claim.