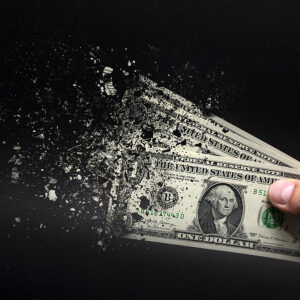 Americans should have at least a passing knowledge of PFAS, but they may want to get educated on the topic fast. New action that the federal government is considering around disposal of these chemicals, even though the science surrounding the issue is far from settled, may very soon affect your wallet directly.

PFAS, or per- and polyfluoroalkyl chemicals, are a group of more than 5,000 chemicals used in many item we depend on every day from electronics to carpeting and furniture. Most have not been determined to be harmful to humans, and the few PFAS compounds that have been deemed as such were previously phased out by industry on a voluntary basis.

But rather than recognizing the unique chemical makeup and uses of these individual compounds, environmentalists,  the media and trial lawyers have all used cherry-picked data to stoke public health fears about the effect of these chemicals in drinking water and have called for lumping them all together as one for the purposes of regulation and litigation.

In the wake of such pressure campaigns, there is now a push in Washington to engage in knee-jerk regulation. Congress is considering legislation known as the PFAS Action Act, which would effectively ban these chemicals outright by limiting the introduction of PFAS chemicals into commerce.

The Environmental Protection Agency, meanwhile, is on the verge of naming several PFAS compounds as hazardous substances under the Comprehensive Environmental Response, Compensation and Liability Act, commonly known as Superfund. This massive overreach of federal authority and lack of regulatory guidance would cause serious unintended consequences that would affect municipal landfills all across the country.

The EPA is pushing through this regulation without understanding PFAS. Among the things the EPA acknowledges it doesn’t “fully understand yet” about PFAS are how to better and more efficiently detect the chemical, how harmful the chemical is to people and the environment, and — most important — “how to manage and dispose of PFAS.” Put simply, the EPA should not designate PFAS as a hazardous substance if it cannot provide guidance and infrastructure for its disposal.

This significant lack of disposal methods surrounding PFAS under Superfund will cause municipalities and their taxpayers to incur significant costs. When PFAS are contained in everything from nonstick cookware, water resistant clothing like rain jackets, shampoo, makeup and even dental floss, everything becomes hazardous waste. Every municipality in the country would have to change its waste-handling practices at significant expense. One estimate from the National Waste & Recycling Association found that the increased costs associated with such hazardous waste disposal methods for PFAS could total as much a $6.27 billion in additional costs annually for municipal solid-waste landfills. These are fees that taxpayers grappling with inflation and higher costs of everything from fuel to food will not be able to afford.

As a former county commissioner in Pennsylvania, I have firsthand experience with how proper management of waste management can make or break a local government. While in office my colleagues and I took the innovative step of purchasing an existing landfill that had the potential to expand to fulfill the future trash disposal needs of our county. We quickly found in the process that state and federal regulations could spell success or failure, and we navigated them appropriately. It was our view that in a populous and growing county, the need for space for clean disposal was critical, even though not a highly visible aspect of local government. But given the uncertainties of these new PFAS regulations, I am seriously concerned about the future viability of such models.

Most Americans are aware of the ways the federal government continues to encroach on every aspect of their lives, but they don’t usually think that includes their trash. The EPA though is once again in the process of crafting onerous regulations that will have significant effects for countless Americans without proper scientific justification.

As Congress continues to consider its PFAS bill and we move closer to the final 2023 guidance deadline for the proposed EPA rule, we must be sure to continue to hold our elected officials as well as the EPA accountable for providing reasonable regulations.

Earl Baker, a Republican, is a former three-term county commissioner in Chester County, Pa. He wrote this for InsideSources.com.