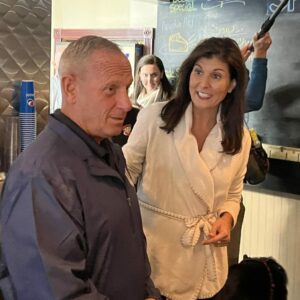 Haley to NH Women: Dems ‘Are Lying to You’ About Abortion

During a campaign stop for GOP U.S. Senate candidate Don Bolduc, former U.N. Ambassador — and potential future POTUS candidate — Nikki Haley had some advice for Granite State Republicans on how to talk about abortion.

Haley was in Londonderry and Hollis on Friday for campaign appearances with Bolduc, who is challenging Sen. Maggie Hassan in November. Hassan and her Democratic allies have been hitting Bolduc hard on the abortion issue, filling the airways with ads that falsely claim Bolduc supports a federal abortion ban. Throughout the GOP primary, Bolduc repeatedly said he supports the U.S. Supreme Court’s decision returning abortion regulation to the states.

Hassan declined to respond to requests for any evidence confirming her claims.

Democrats, both in New Hampshire and nationwide, have made no secret of their strategy to make abortion their top issue, hoping to drive women voters away from the GOP. Asked what she would say to voters who might be reluctant to vote Republican, Haley said she would tell them “the Democrats are lying to you.” 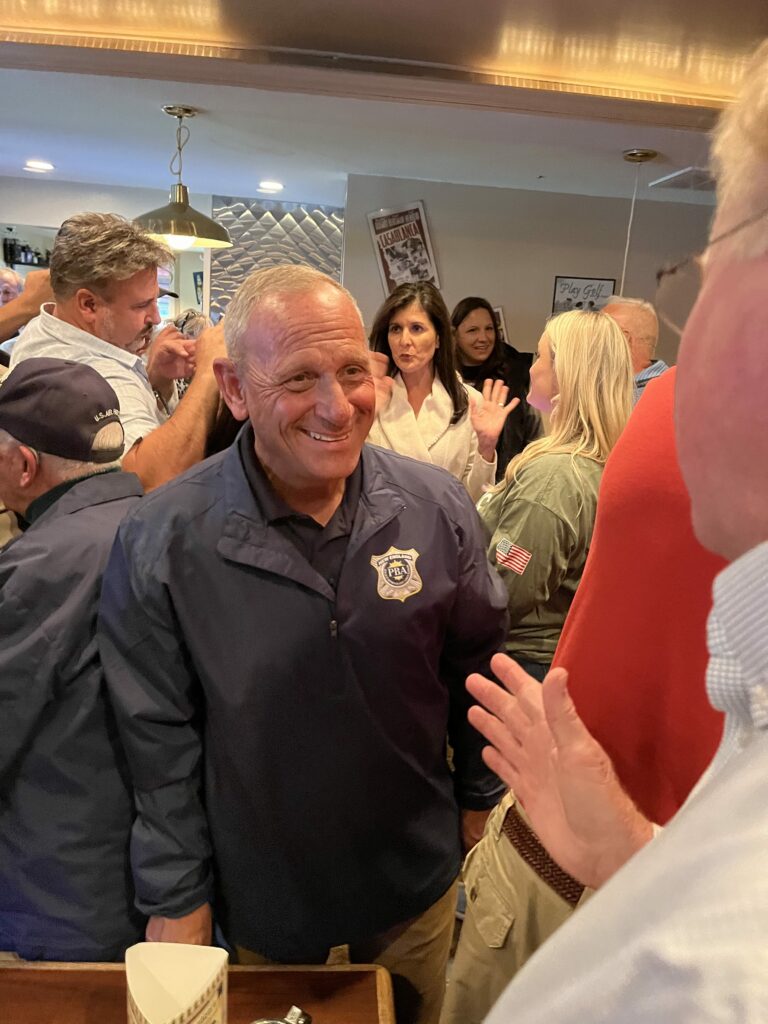 Hassan opposes New Hampshire’s abortion law, which allows unlimited abortion for the first six months of pregnancy. She opposes any limits on abortion for any reason at any time, a position rejected by the vast majority of Granite State voters according to polls.

“Democrats want everybody to think Republicans want to ban all abortions. Republicans want more voices heard. That’s what this is about. And I think that women, regardless of party, get the fact that we don’t judge each other because you’re pro-life or pro-choice. We just want to make sure our voices are heard so that we can do what’s in the best interest of both mothers and babies, and make sure they both have a good life.”

Haley campaigned with Bolduc at Poor Boy’s Diner in Londonderry before heading to a packed town hall meeting in Hollis, where the candidates were greeted by about 200 supporters. While a recent UNH survey shows Hassan with a 49 to 41 percent lead, many political observers believe the race could be much closer.

Haley served as governor of the deep-red state of South Carolina before being tapped by President Donald Trump to serve at the U.N. She earned a reputation for aggressively pushing the Trump administration’s ‘America First’ view of international politics. Many Trump supporters are opposed to America’s support for Ukraine in the face of Russia’s invasion and polls show the GOP is split. 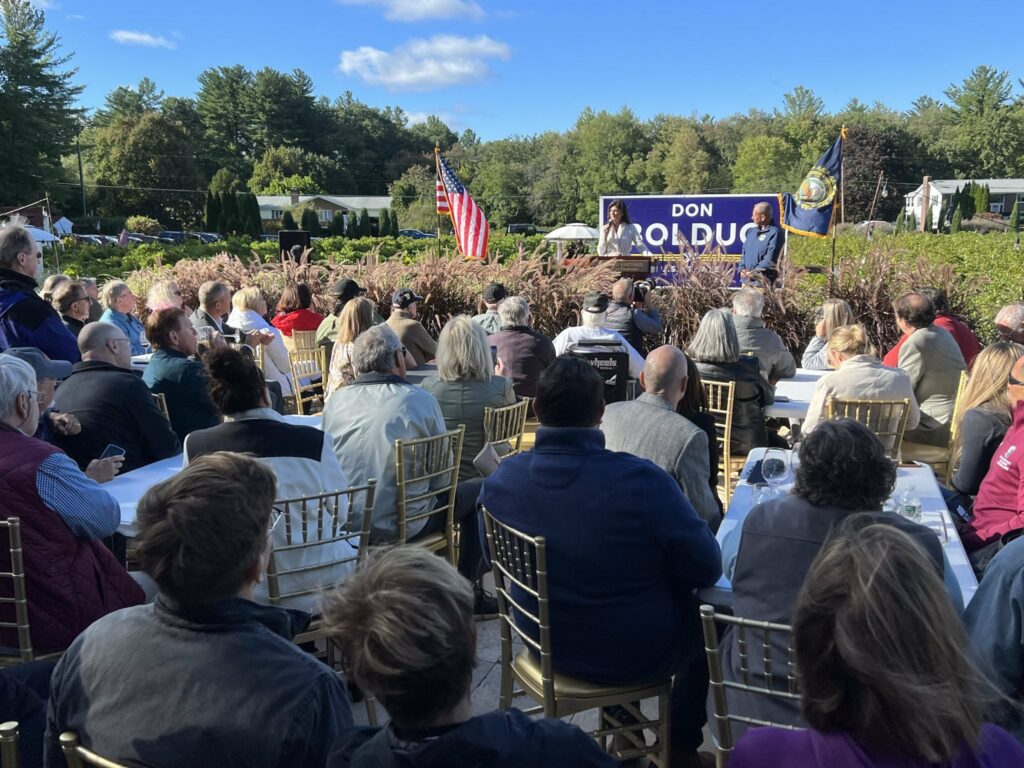 “This is something where America and NATO need to get together and allow the Ukrainians to finish the job,” Haley said.

The crowd, where women outnumbered men, appeared to like what they heard from Haley and Bolduc. Asked why they’re supporting Bolduc, several women mentioned they found him straightforward and trustworthy

“I think he will stand by American values, I think he’s very authentic, and he’s given great service and sacrifice to our country,” said Deborah Blake from Hooksett.

“I am authentic. And it sometimes gets me into trouble,” Bolduc said. “But that’s OK, right?”