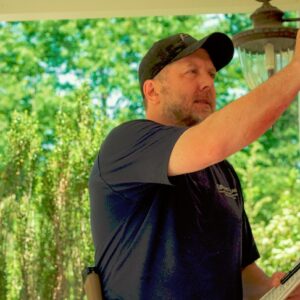 The business owner behind a popular Barrington gun shop has the signatures necessary to go after the town officials who he claims targeted his livelihood.

“They have to call the meeting now,” said Rob Russell.

He isn’t stopping with a special Town Meeting to fire the town administrator and town treasurer. Russell now wants a seat on the town’s select board. He plans to run for one of the seats up at the March Town Meeting.

“I don’t even want to run for selectman, I don’t have the time. But I feel a sense of duty,” Russell said. “These selectmen just don’t care about the people.”

Russell, a retired military veteran who runs 2A Tactical out of his Tolend Road home, recently submitted petitions with the signatures of 178 registered voters, enough to trigger the special Town Meeting he wants to be called to have Town Administrator Conner MacIver and Town Treasurer Peter Royce fired.

Royce was caught using his town office to orchestrate a campaign against Russell’s business, according to documents compiled by Russell.

Russell’s 2A Tactical gunsmithing shop has been the center of controversy for years in Barrington. He originally opened it as a home business, but as the business took off so did the traffic in his residential neighborhood.

Russell soon found himself embroiled in a lawsuit as the town alleged zoning ordinance violations. However, after Russell prevailed during two zoning board of adjustment hearings, the town dropped the lawsuit this spring.

Select Board Chair Dan Mannschreck, said this week that once all the signatures are verified the board will put scheduling the meeting on its next agenda.

“We hope to do it as soon as possible,” Mannschreck said.

Russell is presenting a single warrant article for the meeting, one that essentially asks voters to either fire or keep MacIver and Royce. However, since Barrington is an SB 2 town, voters will first be given the opportunity to have a deliberative session to discuss the warrant article, and offer any changes, before the official ballot vote Mannschreck said.

Russell is worried the deliberative session will be stacked with those opposed to firing Royce and MacIver and that his warrant article will get watered down or changed.

Russell is a military veteran and a former police officer. His shop is staffed by other veterans and the business has built up a community of loyal customers. They come to his store on the residential Tolend Road for classes as well as events.

What is unusual about Russell’s case, according to documents shared with NH Journal, is that Royce, the part-time town treasurer, used his position and knowledge of town operations to actively lobby against Russell’s business. At one point, Royce used his town email to communicate with MacIver about the case. After prodding, MacIver told Royce that people were encouraged to file complaints against Russell if they have concerns.

Royce allegedly organized people throughout the neighborhood to file complaints against Russell’s business, landing Russell before the ZBA, the select board, and the courts.

According to a letter from the town’s law firm to MacIver, Royce’s use of his official town email crossed the line.

MacIver did not respond to a request for comment. Previously he said Royce was talked to about his email use, but it was not clear if there were any other consequences. Except, perhaps, Russell’s special Town Meeting.