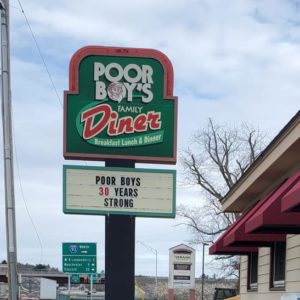 From a business standpoint, it was just another Monday at Poor Boy’s Diner in Londonderry, N.H. And in the coronavirus era, that’s definitely good news.

Monday was the first day diners could return to Granite State restaurants, as long as they don’t mind eating outdoors. Gov. Chris Sununu’s phased-in “Stay-In-Place 2.o” order allowed bars and restaurants to reopen under restrictive rules that include outside dining only. At Poor Boy’s, customers were ready for an alfresco experience as they ordered old favorites.

“Mostly burgers, a lot of people asking for comfort food,” said Lori, who’s worked at Poor Boy’s for five years. The diner kicked off its first day back in business at 7 AM with breakfast. Lori said business had been steady at the tables set up under a tent in the parking lot despite a rainy start to the day. “People are excited, they’re happy to be out, to be getting out of their houses.” 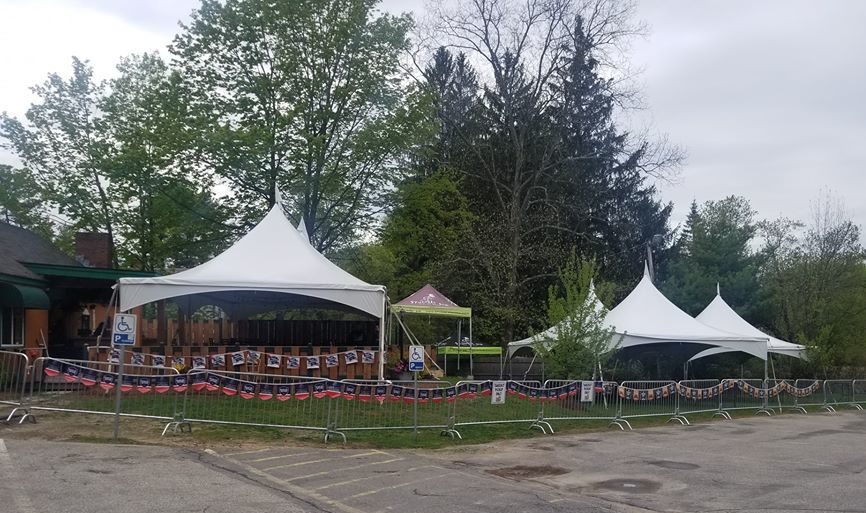 The Stumble Inn set up for outside dining in Derry N.H.

A few miles down the road at The Stumble Inn in Derry, owner Mike Zarella was happy, too. “A very good crowd,” he said as a guitarist sang Green Day on the outdoor stage Monday. “People want draft beer and live music — and we’ve got both.”

Like Poor Boy’s, the flow of customers was about what the Stumble Inn would see on a typical Monday, with people sitting outside enjoying pizza and lobster rolls. And just in time, Zarella told NHJournal.

“It’s been a tough eight weeks. We had a few weekends where we actually sold more food doing takeout than we normally would inside. We adjusted, my kitchen adjusted. So for eight weeks, we handled it. But 12 weeks, or 16 weeks — I don’t know,” Zarella said.

In Portsmouth, where local Health Officer Kim McNamara hasn’t been shy about expressing her opposition to Sununu’s decision relaxing lockdown rules, just eight restaurants had been cleared to open as of Sunday. This in a city where more than 300 establishments have annual food permits, about half with liquor licenses.

Portsmouth Mayor Rick Becksted says the city government is doing its part, waiving local permitting fees to make it easier for restaurants to open. “It’s another way the city can step up and help,” he told SeacoastOnline. “No one has been denied, they just have to meet the governor’s standards.”

The coronavirus crisis has cost the state between 40,000 and 60,000 restaurant jobs, according to Mike Somers, president of the New Hampshire Lodging & Restaurant Association, and the industry has lost an estimated $800 million during the COVID-19 pandemic thus far. 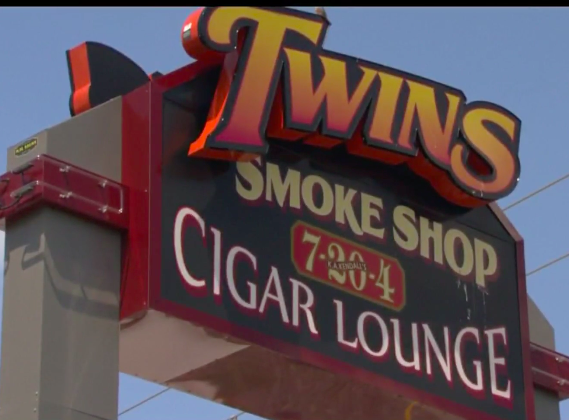 Still, many restaurant owners have complained that the governor’s rules are too restrictive, making it impossible for them to operate at a profit. And restaurants in the north of the state, where temperatures are still cool and black flies ubiquitous, say outdoor dining simply isn’t a realistic option for many of them.

Still, on the outdoor patio at Twin’s Smoke Shop, the socially distanced crowd enjoying cigars and cocktails Monday was all smiles.

“We’re having a great time, a lot of people are coming out. They’re making a day of it,” said owner Kurt Kendall. “Look at everyone. They’re happy to be here and we are happy to see them.”